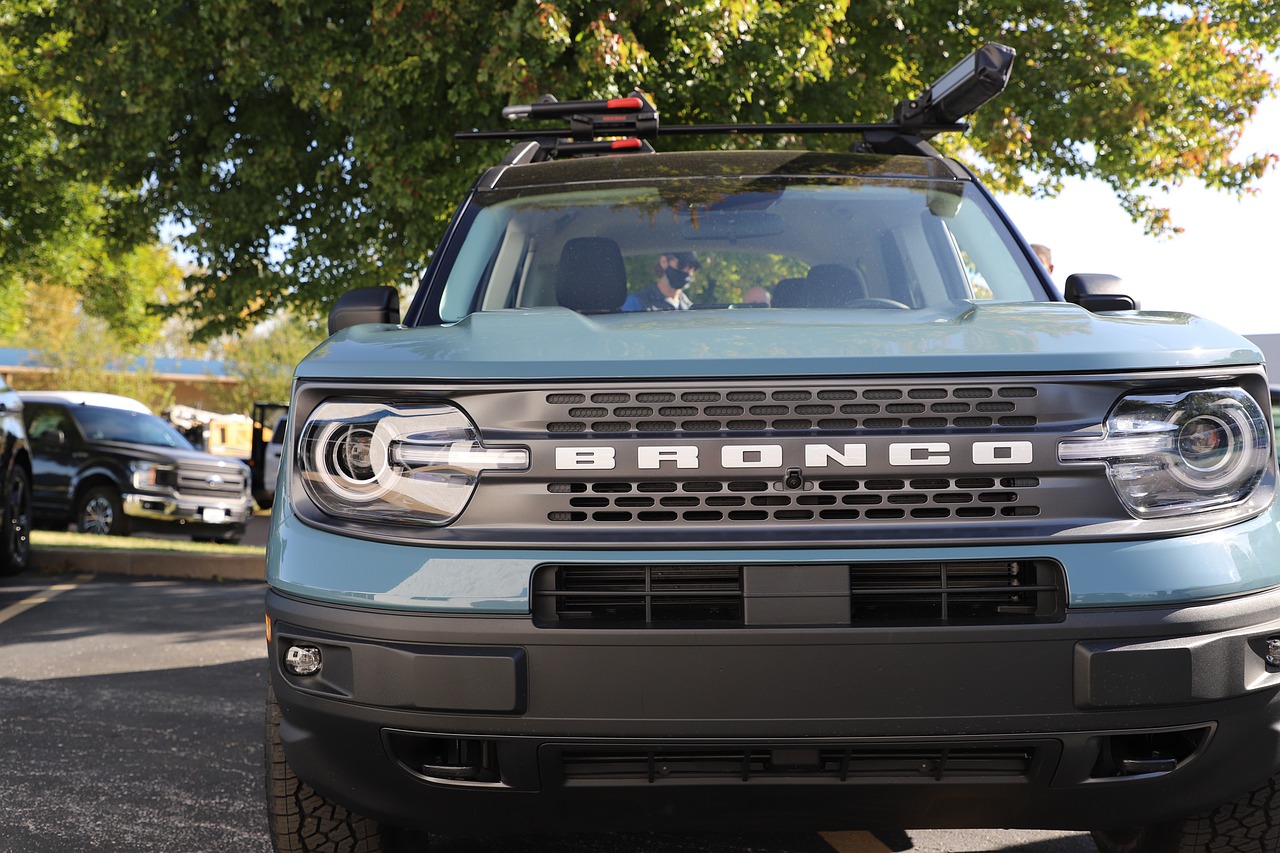 Find the best Ford Bronco for sale on CoPilot.

CoPilot Compare makes it easy to compare Ford Bronco trim packages & features across year models. See exactly what features vehicles' have — and which they lack.

The Ford Bronco has been compared to various Jeep models, and we get it—there are definite similarities in style. But that’s not all: more and more people are praising and choosing the Ford Bronco over a Jeep. With Ford building SUVs such as the Edge or the Explorer, the Bronco is bound to be better than great, right?

Let’s dive deeply into the Ford Bronco’s interior and determine whether it’s just hype or if the Bronco lives up to the hype.

How Does Ford Bronco’s Interior Look and Feel?

Ford Bronco’s interior is a pleasure—it’s a breath of fresh air among many modern SUVs’ relatively boring interior layouts.

The aesthetics are excellent, and once you sit in the driver’s seat of a Bronco, it will feel like you’re ready to be going on an adventure.

How Comfortable is Ford Bronco’s Interior?

As you can see, there’s a lot of room for you and your passengers.

How Much Cargo Can You Fit Into a Ford Bronco?

The cargo space of the Bronco depends on which model you choose to purchase.

The two-door models have 22.4 cubic feet of space behind the rear seats and 52.3 cubic feet with the seats folded. This isn’t groundbreaking in the whole scheme of things, but those numbers are great once you realize we’re discussing a compact SUV.

The two-door and the four-door Ford Bronco models have enough space for camping gear, tools, groceries, or whatever else you might need to carry!

Keep in mind that rear seats fold without effort, but you might encounter trouble closing the cargo gate at certain angles.

The standard Ford Bronco’s interior has everything you could expect from a modern SUV: a push-to-start button, multiple USB ports, a six-speaker stereo, wireless Android Auto, and Apple CarPlay, to name a few. What stands out is the 8-inch touch screen well-placed into the dashboard, resulting in a seamless finish.

An interesting choice from Ford is that the two-door Ford Broncos come with a hardtop, while the four-door models come with a soft-top standard.

The infotainment system interface is Ford’s SYNC 4, which is well-known for its ease of use. The touch screen is responsive, but Ford didn’t rely on it more than necessary, placing additional controls for different functions.

The only downside of the Bronco’s interior is the cost-cutting Ford did to offer the compact SUV at a competitive price.

The most noticeable effects of cost-cutting are a few wiggly parts, such as window glass and grab handles. If you look for it, you’ll notice that certain parts that should look the same look slightly different. Every vehicle has its weaknesses; if it were just this, the Bronco would pass with flying colors.

However, the central problem of the Ford Bronco is the very loud interior. The roof lets air through the cabin, even at slow-ish speeds, making the cabin noisy. You can only imagine how loud the cabin gets at 80+ mph.

There are also a few other slight problems that will most likely get fixed for future models. Still, all of these issues do exist right now, and you should keep them in mind if they’re the things that might bother you.

Ford Bronco is a pretty safe SUV! Compared to its competitor, the Wrangler, Bronco is ahead of the pack based on its safety alone.

Ford claims the Bronco has a personal safety system that protects the front seat occupants and reduces airbag-related injury risk.

Some other standard safety features are the LATCH system for child seats, a tire pressure monitoring system, and the seat belt reminder.

This compact SUV also has Ford’s Co-Pilot 360, which equips the Bronco with an emergency braking system, a pre-collision warning, lane-keep assist, cross-traffic alerts, and an automatic SOS call in the event of a crash. All in all, Ford Bronco will keep you and your passengers safe.

The End of The Line

The Ford Bronco is competitively priced, and many believe it delivers much more than its competition.

The SUV’s interior isn’t dull—on the contrary, it urges you to have fun. And driving your friends out into the off-road comfortably won’t be much of an issue, even if you’re carrying loads of cargo.

The Bronco’s features are excellent all around, whether it’s the infotainment system or the safety system. The only downside of the Ford Broncos interior is the few internal build inconsistencies. However, overall, this is a great compact SUV!

Should You Buy a Ford Bronco?

With the newly re-introduced Ford Bronco, is it worth investing in this iconic SUV? One of the strongest aspects of the new Ford Bronco is its striking exterior; it’s just the type of vehicle that won’t go unnoticed on the roads. Ford gave it a retro-style look that resonates with various taste levels.

Furthermore, it features a strong base turbocharged engine that delivers 270 hp and 310 lb-ft of torque. However, you may upgrade to the twin-turbo V6 engine for more power and torque. Interior-wise, the inside of the new Ford Bronco is a nice place to be in, but it’s clearly geared towards rugged adventures with marine-grade vinyl and rubberized flooring. It features the latest SYNC 4 infotainment system for all your in-car entertainment needs. It also comes in a four-door model, so it’s a family-friendly SUV as well.

As for the cons, don’t expect the Bronco to drive like a crossover. It has body-on-frame construction, so it drives more like a truck than a small SUV. In addition, patrons that prefer a more powerful V8 engine are out of luck, but Ford may introduce a new engine down the line, considering its popularity.