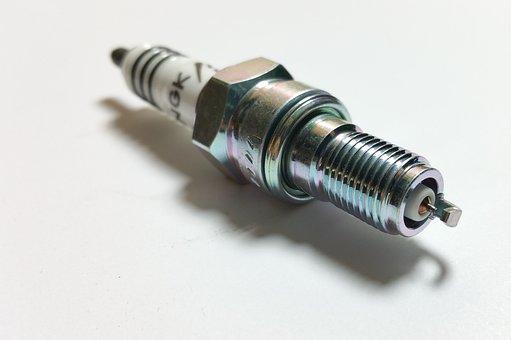 Asking, “How many spark plugs does a diesel have?” may sound like a simple question. But it’s not. There are actually a couple of answers. So, to best respond to this query, let’s first look at the difference between gasoline and diesel engines.

How Do Gas and Diesel Engines Differ?

It begins with how each engine makes use of the different fuels. For the most part, all internal combustion engines function the same way. Introduce fuel into an engine’s combustion chamber, ignite or combust the fuel, and the resulting explosion makes the piston move.

The moving piston causes the crankshaft to rotate, and the resulting power is transferred to the transmission and ultimately the drive wheels. Adding more pistons can add more power. And, automotive engineers also have spent the last 130 years figuring out ways of making engines more powerful while using less fuel.

Because the structure of gasoline and Diesel fuel differ, each respective engine type functions differently in how it causes the fuel to burn in the combustion chamber. Fundamentally, gasoline is classified as a flammable liquid, while Diesel is considered a combustible fluid.

This means that all it takes to ignite gas is a spark. On the other hand, more dense Diesel fuel with its higher boiling point requires a high-compression combustion chamber to be an effective vehicle fuel source.

This also means that gasoline is very dangerous in some situations with uncontained fuel, like in a car accident with a punctured fuel tank. An errant spark or flame can easily ignite gasoline–and technically, it’s the fumes from the gas that catch on fire, not the liquid itself.

Think about this (but DON’T try it at home or anywhere else); you can extinguish a lit match with diesel fuel, while doing so with gasoline would invite disaster. Of course, Diesel is still considered a hazardous substance, so all safety precautions should be observed when handling and storing this type of fuel.

As we mentioned, gas and diesel engines make use of their respective fuel sources differently. In a gasoline engine, the fuel enters the chamber, and a spark plug is used to create a spark and ignite the fuel. Diesel fuel simply won’t work in a gas engine as a spark does not cause it to combust. In fact, putting Diesel in a gas engine will guarantee you an expensive repair bill.

Answer #1: How Many Spark Plugs Does A Diesel Have?

We know that Diesel fuel doesn’t combust by spark, so Diesel engines don’t use spark plugs. Therefore, the first answer to the spark plug and Diesel question is “zero.” But, there’s another answer ahead, so keep reading.

How Does A Diesel Engine Use Fuel?

Knowing how a gas engine burns fuel, it’s essential to understand how things differ with a Diesel engine. We’ll avoid the chemistry lesson, but keep in mind that combustion (a scientific term for burning) is a chemical reaction that requires heat, among other elements. So, most Diesel engines use glow plugs, not spark plugs, to warm up and burn the fuel as part of the combustion process. As the name implies, glow plugs “glow” during engine operation and can reach 1,000℃ or more.

Answer #2: How Many Spark Plugs Does A Diesel Have?

Another way to look at the “How many spark plugs does a diesel have?” question is to compare spark plugs to glow plugs. They’re different but serve a similar function of helping to burn fuel. If you look at the similarities, then the answer is one per cylinder. Most diesel engines have one glow plug per engine cylinder. A four-cylinder Diesel engine will have four glow plugs, for example.

How Does Diesel Fit in With a Future of Hybrids and Electric Vehicles?

Diesel engines have enjoyed varying degrees of marketplace success. As recently as 2015, more than half of light-duty vehicles (including passenger cars, SUVs, and standard trucks) in Europe have been powered by Diesel, according to Statista.

However, thanks to the rise of electric vehicles (EV) and the Volkswagen Diesel emissions scandal, “Dieselgate,” Diesel power now represents less than one-third of vehicles on Europe’s roads.

The U.S. is facing similar issues as consumers here are also finding greater appeal with hybrids and EVs. And while Diesel engines power less than three percent of U.S. light-duty vehicles, Dieselgate helped to further hasten the demise of this powerplant option in passenger cars.

Diesels have since disappeared as an engine choice in the U.S. for passenger car models from BMW, Chevrolet, Mazda, Mercedes-Benz, and Volkswagen. Land Rover is the only European brand that still offers a Diesel engine option in the U.S., and that’s only in SUVs; the automaker doesn’t make a passenger car.

You’ll only find a Diesel in pickups and work trucks from the Big Three (Ford, General Motors, and Stellantis–formerly Chrysler). In addition, GM makes a Diesel for its high-end SUVs (Cadillac Escalade, Chevrolet Tahoe/Suburban, and GMC Yukon), and Jeep (another Stellantis brand) offers this option in its Wrangler and Gladiator models.

Diesel Engine Serve a Role In Trucks and Large SUVs

Yet, Diesels are not likely to completely disappear anytime soon because these powerful engines still serve a valuable role in the automotive world.

As we covered earlier, Diesels operate differently than gas engines. This difference means that Diesels produce more engine torque than gas powerplants, so while a vehicle with a Diesel won’t set any acceleration records, it does a very capable job of dealing with heavy loads.

That’s what torque is all about; a low-end engine grunt that is perfect for trucks dealing with heavy loads or large SUVs weighed down by passengers and cargo. In similar situations, gas-engined vehicles would use more fuel, undergo more significant engine stress, and perform more poorly than their Diesel engine counterparts. Diesels are even more critical to larger vehicles like buses and commercial trucks.