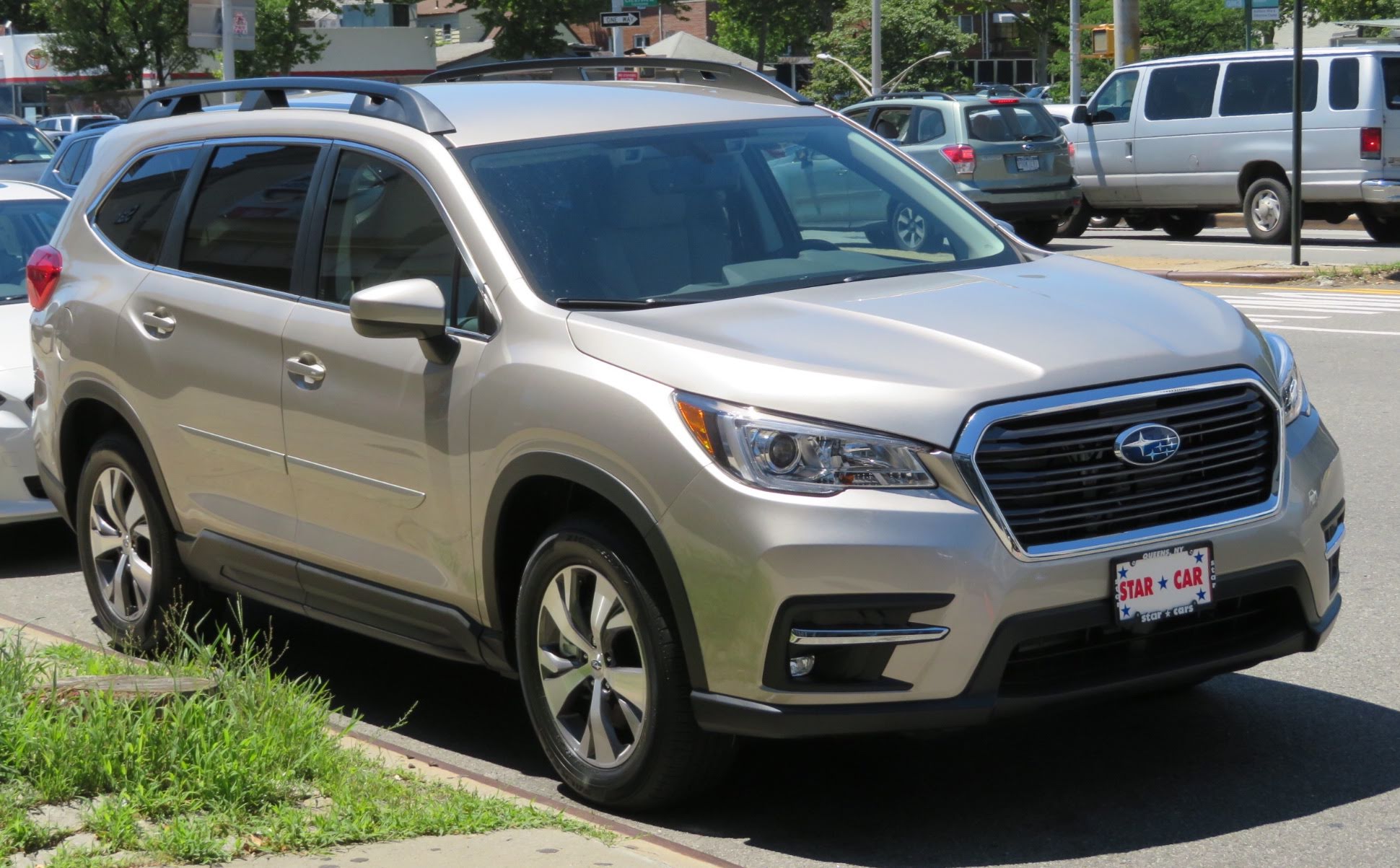 Subaru is a car brand that resonates well with mainstream consumers. When you buy a Subaru, you’re buying into the promise of no-hassle vehicle ownership as demonstrated by crowd-pleasers such as the Outback and Forester.

Can you say that about the relatively new Subaru Ascent? Not so fast!

On paper, the Subaru Ascent seems like it deserves a space in every driveway. Subaru makes it, which is a brand synonymous with reliability. Also, it’s a three-row SUV, making it a prospective family hauler. However, since its 2019 model year, Ascent looks to be struggling in such a massively competitive segment.

If you’re looking to buy a used Ascent, you should know about the Subaru Ascent years to avoid, which we’ll be discussing in this guide. Additionally, we’ll also highlight the best Ascent model you can buy.

Which Subaru Ascent Years to Avoid?

There are two Subaru Ascent years to avoid due to reliability issues and weak value proposition.

The 2019 Subaru Ascent had first model year reliability woes as with many vehicle lineups. According to CarComplaints.com, the 2019 Ascent has 398 NHTSA complaints and six recalls. The site also considers the debut 2019 version as the worst model year of the Ascent.

One owner’s account says that they left the tailgate open for two hours, and it drained the battery to the point that the SUV won’t run anymore. When people tried to close the tailgate, nothing happened because the battery was dead. Some customers had to buy two batteries in two months which is nothing short of ridiculous.

Owners affected by this glitch have taken it up with Subaru dealers, only to be told that it’s not a design flaw and the tailgate is working as intended. The logical solution would be to close the tailgate when you’re not loading cargo. However, that defeats one of the primary uses of tailgates, where people keep them open for extended periods for parties, tailgates, camping, etc.

Apparently, this glitch doesn’t happen on all 2019 Ascent models. However, many of you will agree that this shouldn’t happen at all. The worst thing is that this electronic issue may occur at around 3,200 miles, which means even a brand-new unit may not be spared.

The easily cracked windshield is another issue that prospective buyers should look for in a 2019 Ascent.

Ascent owners have complained that their windshield was easily cracked, chipped, and broken. According to the reports, the Ascent’s windshield spontaneously developed cracks even when unchallenged - in some cases, drivers were parking or idling when they saw the cracks.

This was such a widespread issue that a class-action lawsuit was filed against Subaru for the defective windshields. Subaru is well aware of the complaints filed to its dealers and the National Highway Traffic Safety Administration (NHTSA) according to the lawsuit. Still, the manufacturer refused to acknowledge the problem and forced the customer to bear the repair expenses.

Subaru has worked out the problems for the following year, so the 2020 Ascent fared better in reliability than the 2019 model. However, it has retained a few familiar reliability woes making it one of the Subaru Ascent years to avoid. The 2020 Ascent racked up 204 NHTSA complaints and one recall per Car Complaints.

Unfortunately, the 2020 Ascent was also affected by defective windshields and was also included in the complaints that led to a class-action lawsuit.

According to one user, he had the Ascent with only 800 miles on it and saw a crack that continues to grow. Another frustrated Ascent owner said that he had to replace the windshield twice within two months. Like with the 2019 Ascent, these windshield cracks were spontaneous.

The defective windshield issue may happen at around 35,900 miles and cost $1,370 to repair.

According to several complaints from Ascent owners, their vehicle’s battery died prematurely. One owner claimed that the Ascent’s battery died within the first week of ownership. Even after replacement, the battery would require a jump start.

Apparently, premature battery drain was also a widespread problem that led to another class-action lawsuit against Subaru. The lawsuit claims that Subaru knowingly installed batteries with insufficient capacity to power the SUV’s electrical components when the vehicle is turned off.

Which Subaru Ascent Years is Safe to Buy Used?

That’s two out of three Subaru Ascent years to avoid. Fortunately, reliability-wise, the 2021 Ascent is shaping up to be a top-notch choice.

The latest and greatest Subaru Ascent is your safest bet if you want a reliable three-row SUV from this brand. According to J.D. Power, the 2021 Ascent has a Quality & Reliability rating of 80⁄100 and a total Consumer Rating of 82⁄100. As of this writing, this Ascent has 34 complaints and zero recalls so far.

The 2021 Ascent offers roomy seating, generous cargo space, standard AWD, and a wealthy list of standard features. This model year is equipped with a turbocharged 2.4-liter flat-4 engine capable of 260 hp and 277 lb-ft of torque.

This sort of peppy performance is coupled with excellent safety scores, thanks to standard safety features such as adaptive cruise control, lane departure warning, forward collision warning, and adaptive headlights. With its cutting-edge safety features, the latest Ascent has earned the IIHS Top Safety Pick + award and a 5-star rating from the NHTSA.

Based on the current reports, it seems that Subaru has ironed out the major reliability kinks that plagued the previous models. This means you don’t have to worry about your open tailgate rapidly draining your battery or windshields that crack spontaneously.