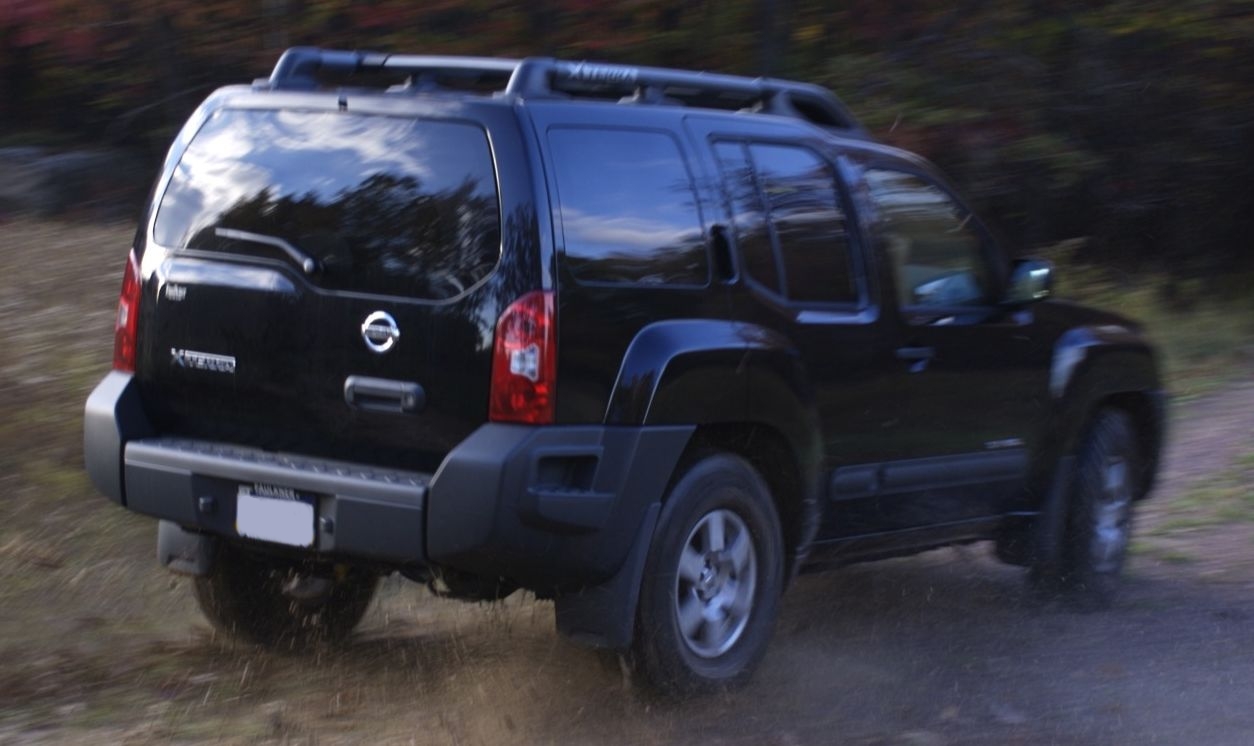 There are plenty of options to choose from when it comes to off-road SUVs. For fans of Japanese automakers, the choices will likely shrink down between the Nissan Xterra and Toyota 4Runner.

Nissan Xterra vs. Toyota 4Runner, which SUV is the more capable off-road companion?

For fairness, today’s Nissan Xterra vs. Toyota 4Runner comparison will be between the 2015 model year from both SUVs since the Xterra was discontinued in 2015. Here’s how they stack up against each other.

The 2015 Toyota 4Runner sports an iconic design that has remained unchanged over the past decades. Continuing the 4Runner’s sport-utility tradition, the 2015 model features a wagon body and a truck front-end. Throw in chrome accents, and you’ve got a classic 4Runner silhouette.

While competitors like the Dodge Durango and Ford Explorer have a more SUV sleekness with their design, the 4Runner is sturdy, especially with its aggressive front-end design. By adding edgy wheel walls and a wide stance, the 4Runner fully embraces its big truck box aesthetic, and it’s not concerned with being pretty.

The Xterra is a no-nonsense, powerful SUV with a purpose-driven design. It lacks the usual trimmings of a sleek SUV, but it features a high stance and bulging fenders that add to the overall rugged look. Sporting a similar rugged appearance, the 2015 Nissan Xterra is an off-road adventurer and also looks the part.

The Xterra’s front-end looks relatively minimal but with a prominent front grille and heavy-duty front bumpers. The rear liftgate shares some design similarities with the Land Rover LR4. As expected from an off-road SUV, the Xterra’s ground clearance is excellent at 9.5 inches.

WINNER: Both vehicles share the same rugged design DNA from that era, so it’s a toss-up for exterior design.

The 2015 Xterra comes with a 4.0-liter V6 engine, practically the same as the year prior. The engine is tuned to produce 261 hp and 281 lb-ft of torque and paired with a five-speed automatic or six-speed manual transmission. The motor’s excellent torque makes the Xterra a capable off-road machine.

The six-speed manual gearbox feels smooth and shifts with little to no effort. According to independent testing, the Xterra can hit 0-60 mph in 7.7 seconds – an average performance for a mid-size SUV. Conversely, its towing capacity of 5,000 lbs might be disappointing for some people.

On the flip side, the 2015 Toyota 4Runner is equipped with a 4.0-liter V6 engine that delivers 270 hp and 278 lb-ft of torque. The engine is mated to a five-speed automatic transmission that unexpectedly shifts quickly. Acceleration-wise, the 4Runner isn’t in a good spot as it takes more than 8 seconds to hit 60 mph from a standstill.

The 4Runner uses a body-on-frame construction that translates into its drive quality. Unlike most modern SUVs with unibody construction, the 4Runner drives with truck-like gusto, so expect a rugged ride. The SR5 edition comes with tall tire sidewalls to soften ride quality. Towing capacity is rated at 4,700 lbs with standard trailer sway control.

WINNER: The Xterra has the upper hand over the 4Runner’s performance, with a tie in fuel economy.

The Toyota 4Runner boasts an interior that combines utility and sophistication. Inside, you’ll find textured materials that can withstand the SUV’s rough-and-tumble purpose. The Limited edition brings upmarket elements like wood accents, leather trims, and third-row seats for kids and teens.

The 4Runner is a five-seater standard, and only the SR5 and Limited trims can accommodate up to seven passengers. The SUV offers generous front legroom of 41.7 inches and a headroom of 38.6 inches. The seating situation in the rear is a bit cramped at 32.9 inches of legroom and 38.6 inches of headroom.

While the Toyota 4Runner isn’t quite the family hauler, it’s an excellent cargo workhorse. The standard 2-row 4Runner gives you 47.2 cu-ft of space behind the rear seats, and it opens up to a massive 89.7 cu-ft by folding down the rear seating. The SR5 model adds more storage options, such as a sliding cargo deck and under-floor storage.

With the emphasis on utility and ready-and-go attitude, the Nissan Xterra’s cabin is barebones in comparison. The extensive use of hard plastic surfaces and cloth upholstery may turn off some people, but it’s coherent with the SUV’s rugged purpose. It’s an interior designed to handle muddy boots, kids, and heavy-duty cargo.

Behind the rear seats is 36.3 cu-ft of room for luggage and cargo. Folding the second-row chairs gives access to 65.7 cubes. The Easy Clean cargo hold with ceiling hooks and tie-down cleats add to the Xterra’s storage versatility. In addition, there’s an under-floor storage compartment for storing tools and emergency first-aid kits.

WINNER: The 4Runner has better cabin quality and comfort than the Xterra. The 4Runner also offers more space and storage versatility.

On the other hand, the 4Runner includes a 6.1-inch touchscreen display surrounded by numerous buttons. The button placements are intuitive, which is good because the touchscreen isn’t the most responsive out there. Standard in-car entertainment features include AM/FM stereo, CD player, HD radio, MP3 player, and AUX audio input.

The 2015 4Runner upholds Toyota’s reputation for safety and reliability with a 4-star rating from the NHTSA and mostly “Good” safety scores from IIHS. The 4Runner offers a wealth of safety standard features such as brake assist, daytime running lights, child safety locks, turn signal mirrors, electronic stability control, and more.

WINNER: Both have comparable in-car entertainment and safety features. However, the Xterra slightly edges out the 4Runner in infotainment features.

Both vehicles have comparable performance, features, and utility, making it harder for us to ignore the considerable price difference. We picked the 2015 Nissan Xterra for its tremendous value.