Who is CoPilot? How it Works Happy Clients CoPilot for Dealers Log In

CoPilot’s Return to Normal Index measures the differential between what any used car price would have been today if not for the extraordinary dynamics of the past two years, versus how much it is actually worth now, at retail. As it tracks this differential over time, the Return to Normal Index provides the only real-time barometer of the used car market’s recovery, as well as how close individual vehicle segments, brands, and age brackets are to returning to normal pricing levels.

As of December 31, 2022, CoPilot’s Return to Normal Index found that used car prices are dropping consistently, and faster than ever: 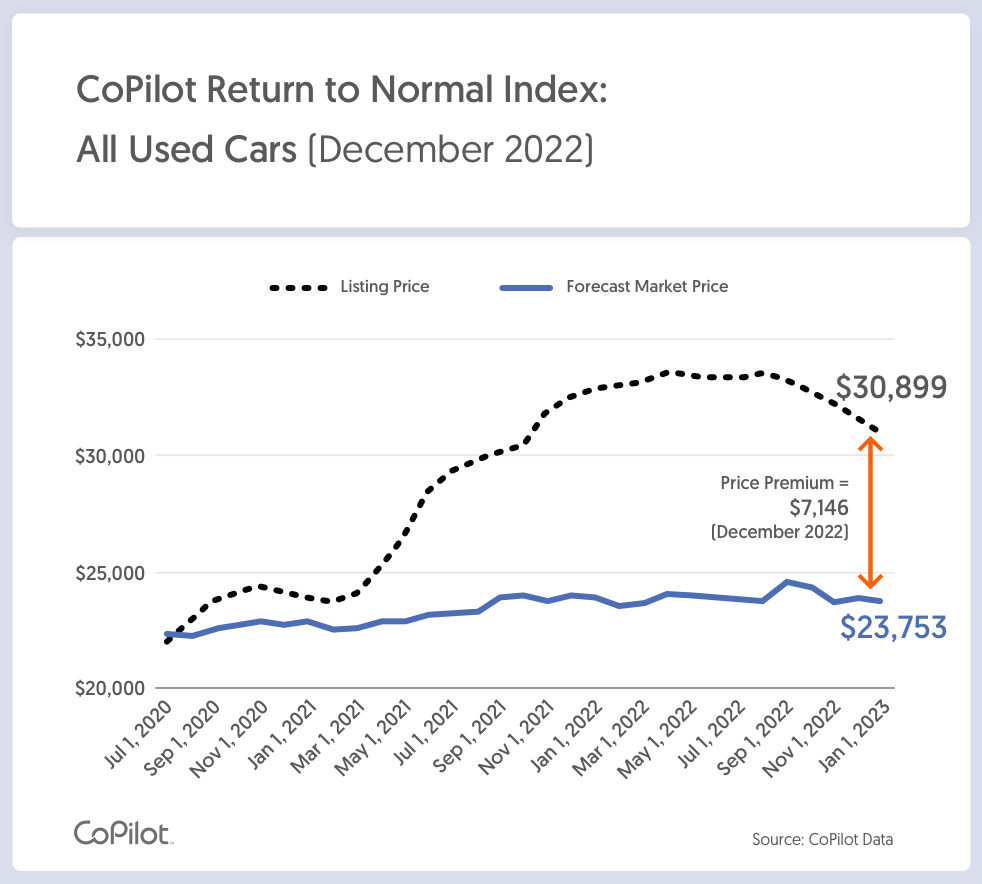 Cars of all ages have dropped in price significantly, and Price Premiums have moved significantly back towards normal. Older cars are now commanding the highest percentage Premiums. 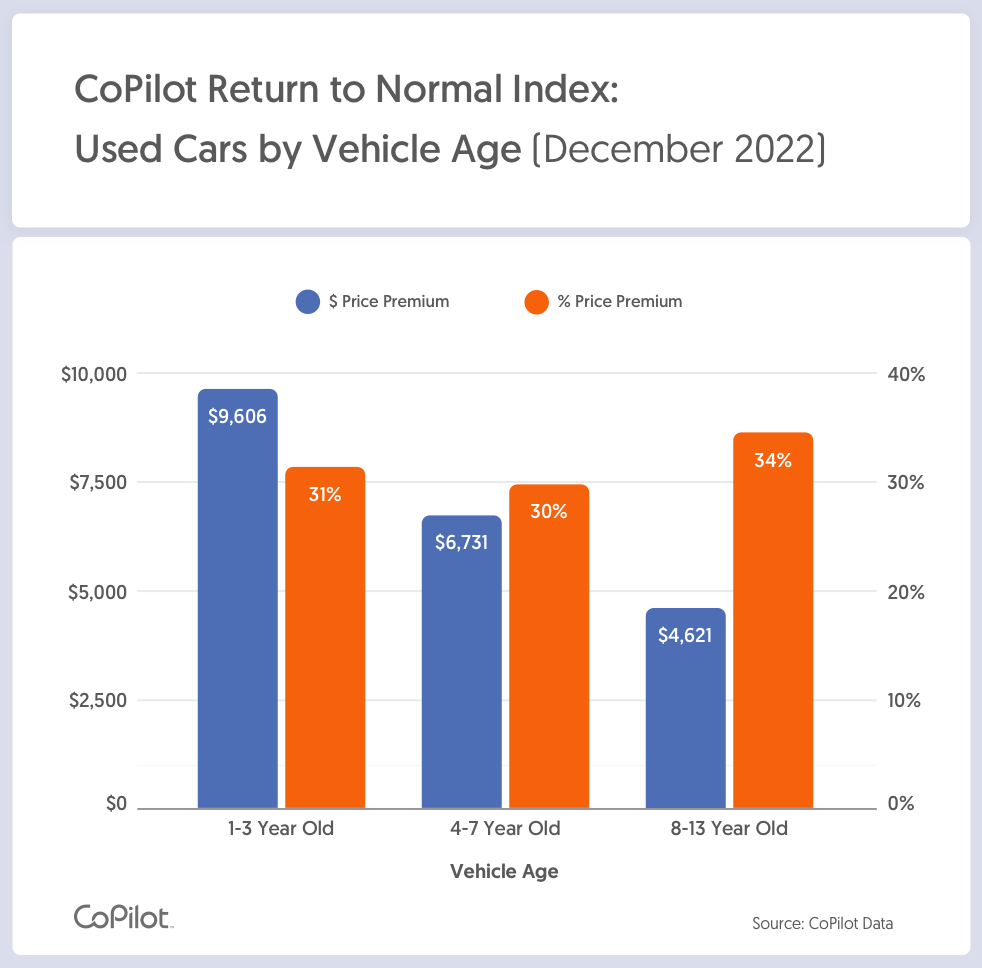 PRICE PREMIUM BY TYPE OF VEHICLE 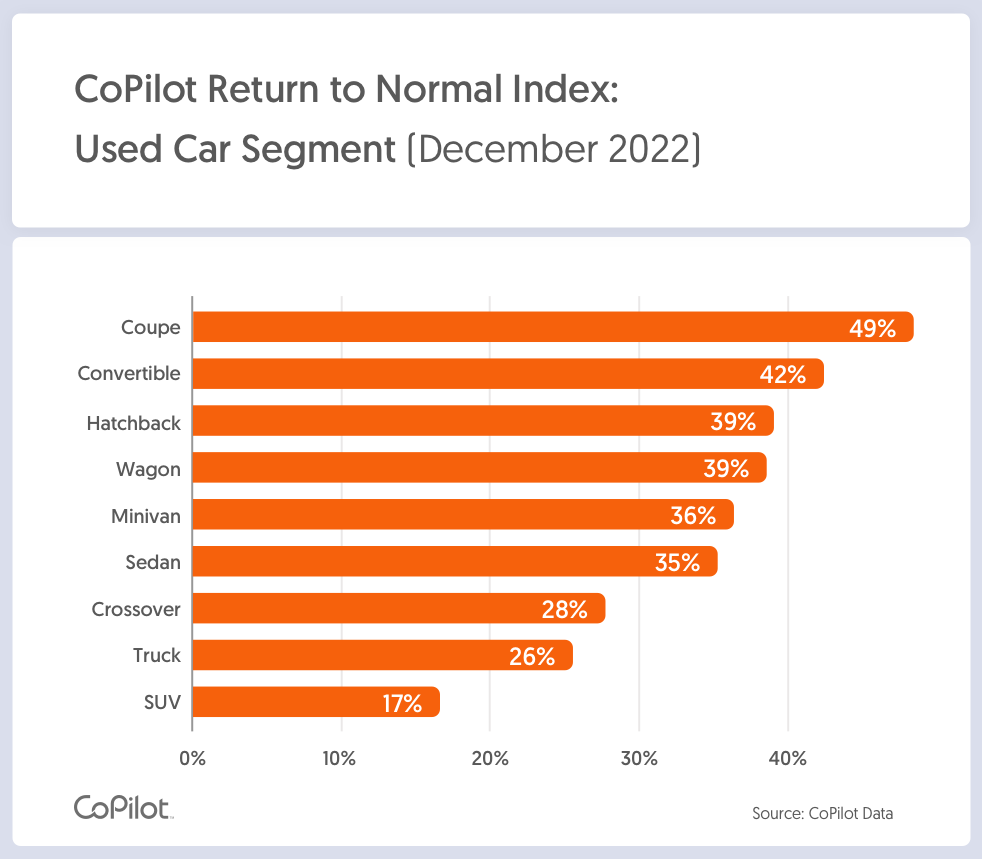 In December, used hybrid vehicles were listed at an average price of $41,897, down 3% since the previous month. Since gas prices started to ease in July, used hybrid prices have fallen by 16% from their peak of $49,729. 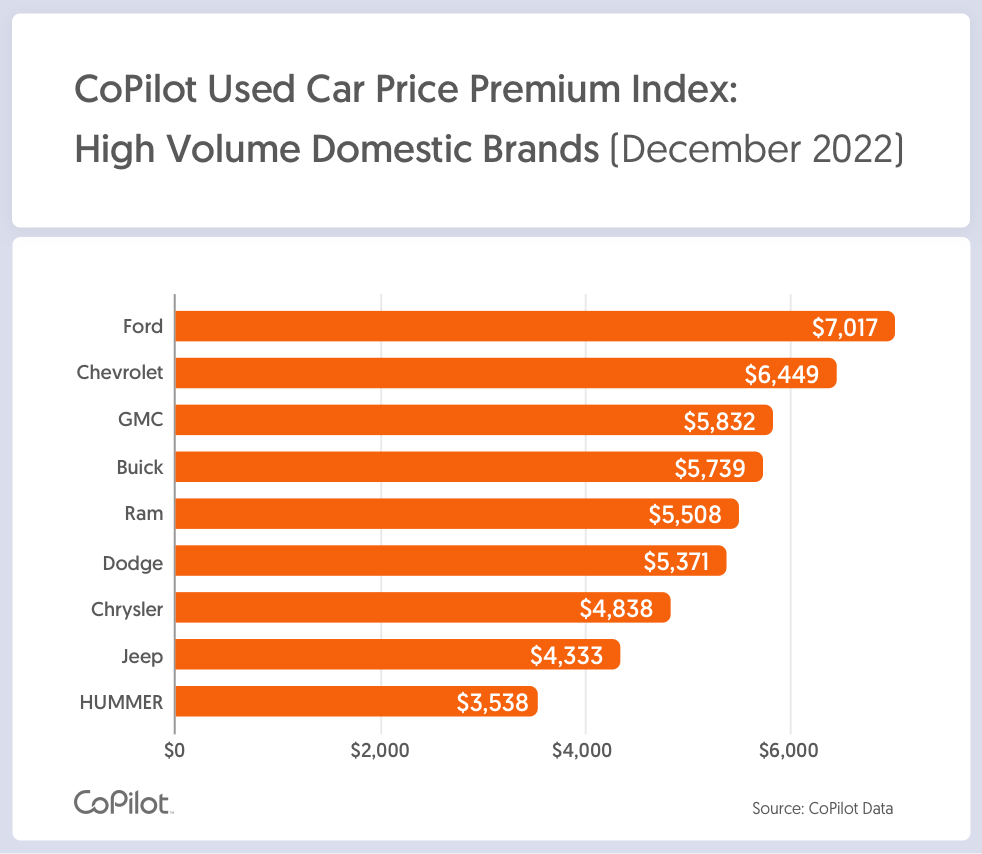 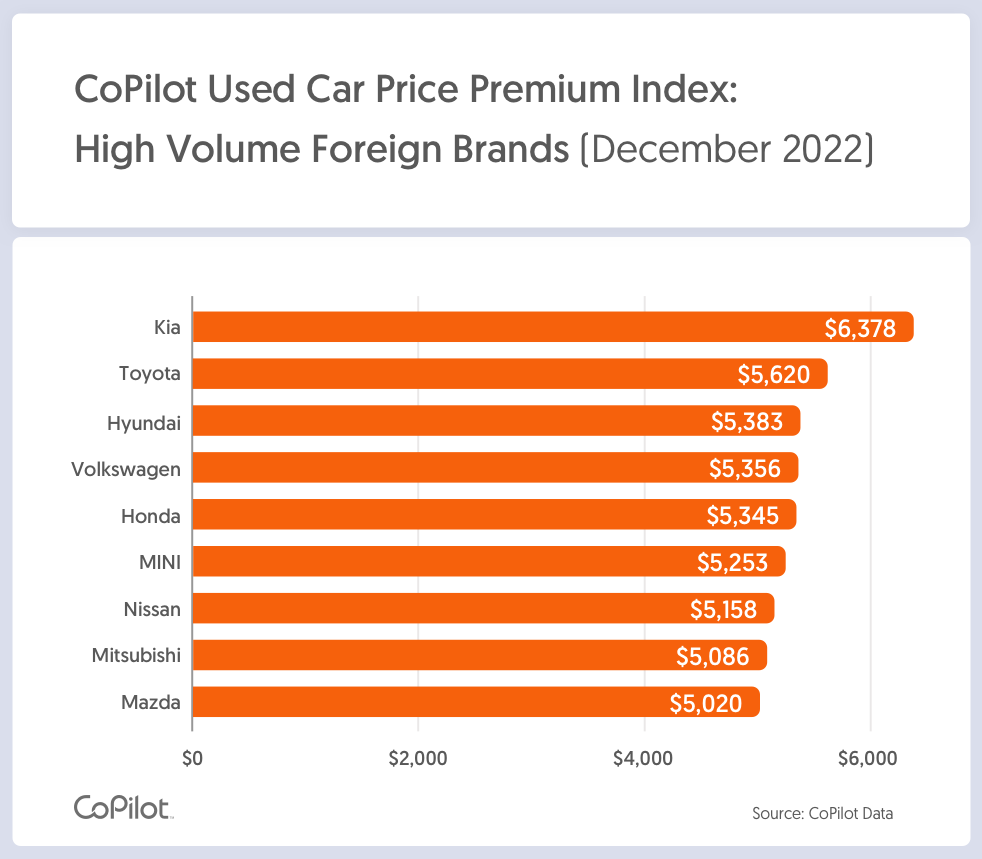 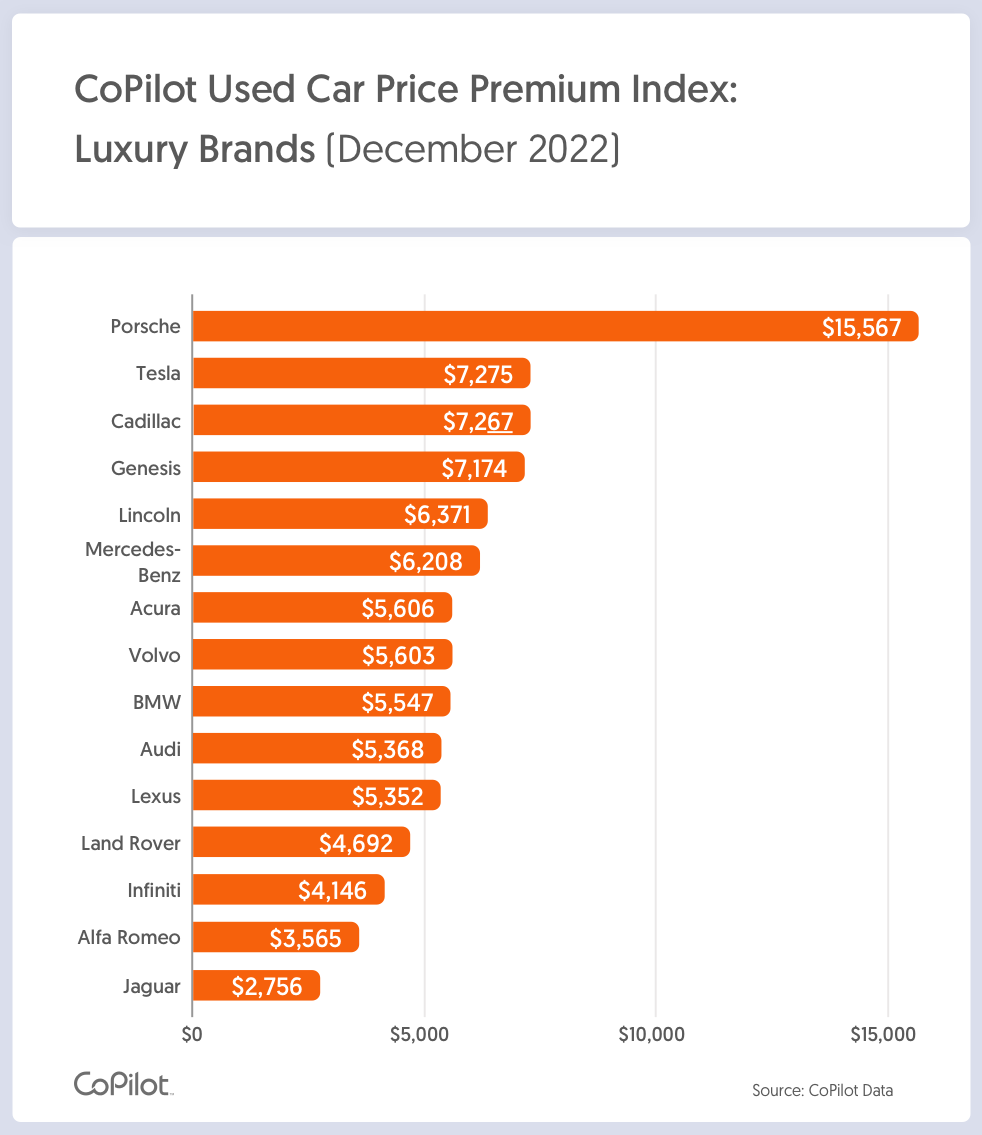 The Return to Normal Index is drawn from data collected by leading car shopping app CoPilot. CoPilot’s data and proprietary methodology track the online inventory of virtually every dealer in the country, every day, offering real-time analysis of car prices, inventory, and sales. This January report covers data through December 31, 2022. Data and methodology have been refined in this report, for increased sensitivity to market fluctuations. Data may adjust in future, due to changes in methodology and as additional data sources are integrated.

CoPilot provides free pricing tools for consumers and the media. Price Pulse makes it easy for car shoppers to check the current market value and Price Premium for any car, track price changes, and compare years and models to choose the right car and know when to buy. For car owners and sellers, Price Pulse calculates the real-time value of their car, using the same data only dealers used to have, allowing consumers to track how much their vehicle has appreciated, so they can decide whether and when to sell, or negotiate the best deal at trade-in or lease-end.