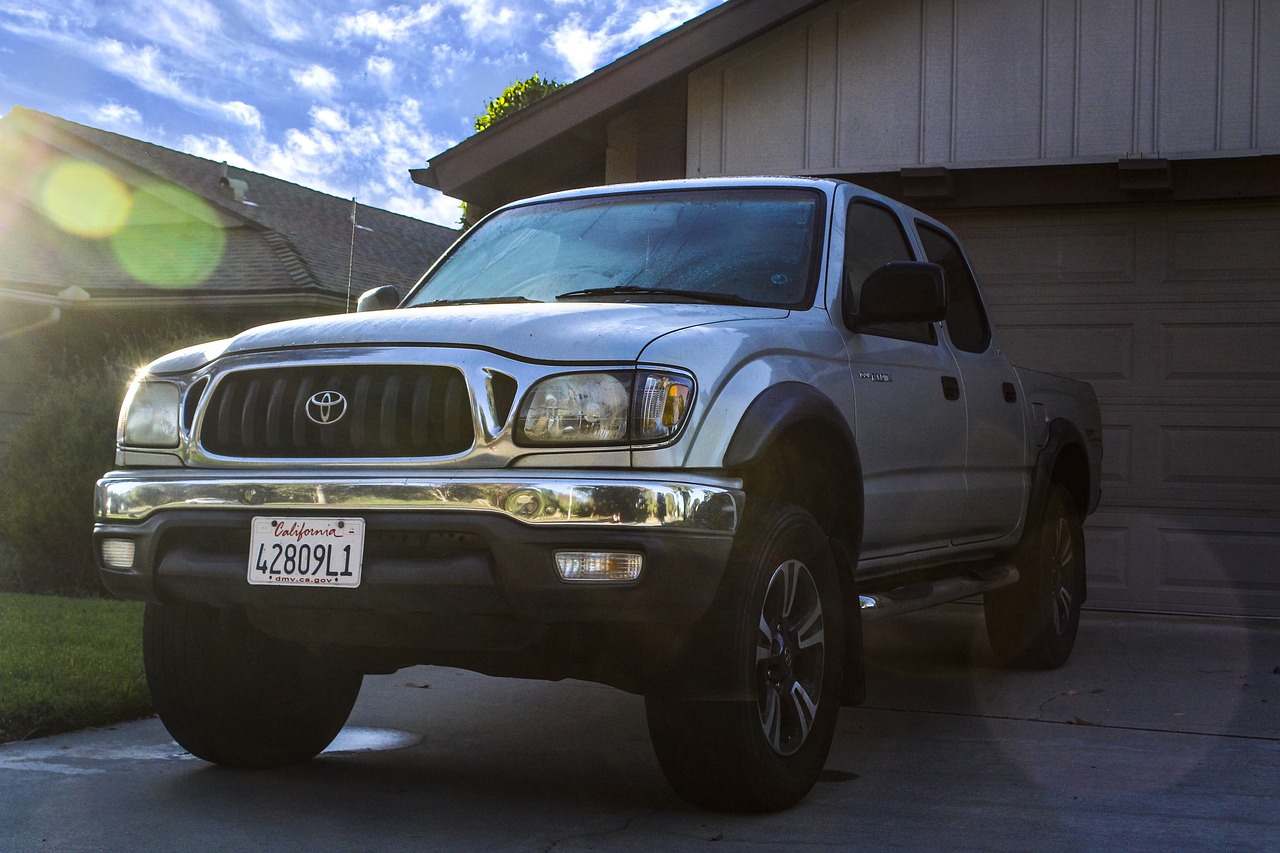 Find the best Toyota Tacoma for sale on CoPilot.

CoPilot Compare makes it easy to compare Toyota Tacoma trim packages & features across year models. See exactly what features vehicles' have — and which they lack.

Americans just can’t get enough of pickup trucks. Part of the reason why the Toyota Tacoma is so popular. If you’re looking for a tough and capable midsize truck with off-road chops, the Tacoma is a solid option.

However, the Toyota Tacoma isn’t perfect – far from it. One of the most common criticisms about the Tacoma is that it’s an aging model. It has been around since 1995, and its designs and features do show its age. However, the Tacoma might be an aging brute, but it’s a brute nonetheless.

If you’re looking into buying a new or used Tacoma, you’re likely considering its pros and cons (as all car purchases should be). So for today, we’ll provide the Toyota Tacoma’s pros and cons, so you can weigh your decision and make an informed purchase. Let’s get to it.

What We Love About the Toyota Tacoma

Customers who prefer their pickup truck for off-roading will want one that has good reliability. Fortunately, the legendary Toyota reliability applies to the Tacoma truck as well.

According to RepairPal, the Toyota Tacoma has a reliability score of 3.5 out of 5.0, an above-average rating. The Tacoma ranks 7th out of seven midsize trucks, but don’t let that ranking dissuade you. This truck has a yearly maintenance cost of $478 and a repair frequency of 0.3 times per year. However, it does have a high percentage of repair severity, with 17% of repairs considered to be major.

The Toyota Tacoma is the best-in-class when it comes to midsize off-roading pickup trucks. It offers 9.4 inches of ground clearance and several modes for off-roading such as Crawl Control Mode and Trail Mode.

It’s even better if you go for the off-road-focused TRD models (e.g., TRD Off-Road and TRD Pro) that offer extra features like upgraded suspensions and traction control. In addition, the aforementioned Crawl Control mode is essentially a cruise-control function for driving over rocks, logs, and other challenging terrains.

Like most Japanese vehicles, the Toyota Tacoma is built to last. According to research by iSeeCars.com, the Tacoma is one of the top models that owners kept for at least 10 years – 21.4% of Tacoma trucks are still on the road after a decade. It has only been eclipsed by the Honda Ridgeline and Toyota’s own Tundra.

There are reports of Tacomas lasting for 300,000+ or even 400,000+ miles, which is not too surprising especially when they’re well taken care of.

Many Toyota models retain their value over time, and the Tacoma is no exception. This made used Toyota Tacomas hard to come by, and more expensive than other used trucks. As mentioned, owners tend to hold on to their trucks which limits the inventory for used Tacomas and further drives the prices up.

Also, MotorTrend awarded the Tacoma the top spot for trucks with the best resale value in 2021. According to MotorTrend, the Tacoma has a value retention of 77.5%.

Can’t have a list of the Toyota Tacoma’s pros and cons without listing the drawbacks. So here are some things we don’t enjoy about Toyota Tacoma.

When it comes to road performance, most Tacoma iterations are sadly trailing against its competitors – this is especially true with its base engine. Recent Tacoma models like the 2021 version come with a 2.7-liter 4-cylinder engine that delivers 159 hp and 180 lb-ft of torque. Therefore, if you like your pickup trucks fast and quick, the Tacoma isn’t your best option.

The available 3.5-liter V6 engine capable of 278 hp is a considerable upgrade, but you’ll still have to spend extra money. Overall, even the V6 engine feels unrefined and struggles to get up to speed, no thanks to the six-speed automatic that’s slow to downshift. But then again, the Tacoma is characterized by its raw and unrefined nature.

While the Tacoma can accommodate up to five passengers, it’s hardly the ideal people hauler. In the Access Cab, rear passengers only have a meager 24.6 inches of legroom – not ideal for long trips. The improved Double Cab model remedies this by having 32.6 inches of legroom, but we’re struggling to call it spacious.

The Tacoma may be an excellent truck off the beaten path, but it generally struggles on pavement. This truck offers a ride quality that can only be called stiff and bouncy when driving on actual roads. One of the worst aspects of this problem is that the wheel has an alarming amount of play. It’s as if the Tacoma gets bored and decides to wander off course.

Even when you have a load, the drive quality doesn’t improve much. Somehow, the TRD Off-Road suspension makes things worse with increased ride stiffness. Even at slower speeds, the Tacoma doesn’t handle pavement well.

On top of the cramped cabin, the Tacoma’s interior feels spartan and dated. There are plenty of hard and plastic surfaces, and it’s just not as upscale compared to the competition. In addition, the infotainment system is outdated by a generation or two, especially in the base model.

Should You Buy a Toyota Tacoma?

That wraps up our list of the Toyota Tacoma’s pros and cons. So at the end of the day, should you buy a Toyota Tacoma midsize truck?

The Toyota Tacoma is a reliable and long-lasting pickup truck that will serve you well on your outdoor adventures. However, it’s far from a perfect truck, especially if you’re looking for something modern in terms of tech and features. If you’re primarily an outdoor junkie, the Tacoma is a great investment.

For buying used Toyota Tacomas, we highly recommend checking out our article about the Tacoma’s most reliable years.