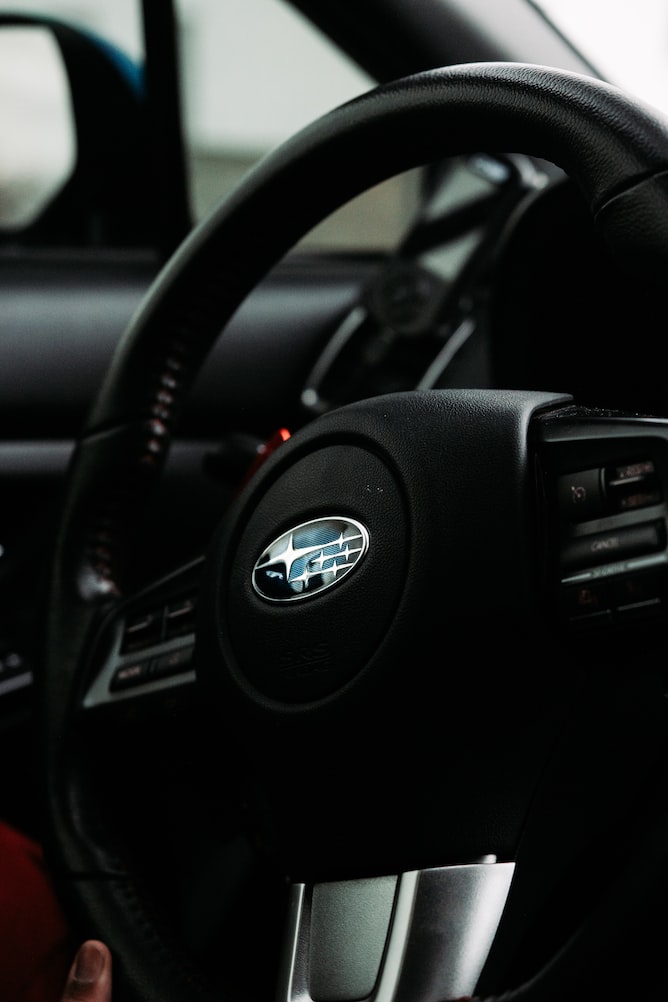 Photo by Jakob Rosen on Unsplash

Subaru has been around since the 50s, making its debut to American customers in 1967. Today, they are known for their spacious SUVs and crossovers, used to help individuals and families take off on fun adventures.

Subaru third-row seating is a feature that you can add, though it’s not available in all models. If you need some extra space for your family or stuff, a third-row seat could come in handy. Below, we have all that you need to know about your Subaru’s seating options and why it might be something you should look into.

Why Is Third-Row Seating Helpful?

Third-row seating isn’t something that all of us need. Even though there are some cases it could come in handy, for some Subaru drivers out there, three rows could be a little too much. If you’re considering adding to or looking for a Subaru model with third-row seating, you could benefit from:

If any one of these top advantages speaks to you, then you may want to find out your options to purchase a model with them. If not, then maybe you could do without the seats but purchase a model that had additional space in the back. Most Subaru models have a lot of room in the back, something that can come in handy for long trips or last-minute adventures alike.

When Did Subaru Install Third-Row Seating?

Subaru third-row seating wasn’t always something that the manufacturing giant added to their cars. As a matter of fact, their only model didn’t start coming with the option for another row until late 2019. With such success in extra seating, the manufacturer may look at third-row seating options in the future, though it’s not certain.

So far, there is only one Subaru with third-row seating. And that is the Subaru Ascent. It’s super spacious and has space to sit up to eight passengers at a time. Of course, you don’t always have to use the third row for sitting, both of the back rows fold down so you can pack things if you need to.

For now, the Subaru Ascent is the only model with third-row seating. That means that other popular crossovers and SUVs from the manufacturer like the Forester and the Outback lack the extra space. Still, all of those mentioned in this section remain at the top of the seller’s list.

Adding Subaru Third-Row Seating, Is That An Option?

Because there is only one model with Subaru third-row seating, you might be wondering if you can add a third-row as an after-market option. Though you might find somebody shops that say yes, you won’t find too many comfortable or safe options.

When it comes to adding more seats, you should use caution that your car meets size standards. Plus, you want good seats that are going to hold up and keep passengers safe just in case anything is to happen. On top of that, a lot of models don’t have enough space to add another row of seats, making it an option that you might not want to add. Instead, maybe try the models that come with them as a standard feature.

Third-row seating seems to be safe, but is it? A recent analysis of third-row seating has put doubts in the minds of many parents or individuals who are always towing around friends or other family members. It’s kind of hard to tell before you buy, as many makes and models out there are trying to have complete versatility. Before you go for third-row seating, consider these things.

Do They Fold Down?

A lot of drivers love seats that fold all the way down and stow away because it gives them a lot of flexibility in the way that they drive and travel. Still, when seats fold down and stow away, they could be flimsy and not sturdy enough.

How Are the Seatbelts?

In the back seat, the seatbelts need to be solid to keep your kiddos and passengers in place. Always check to make sure that seatbelts are solidly made and that they don’t slide around too much. In case of an impact, you’re going to want a good seatbelt that will do its job.

It’s said that the rows further back are the safest for kids and car seats. While that is true in most cases, you might not want to strap them in the third-row seat if it’s flimsy. The last thing you want to happen in a collision is for the seat to give out, putting your little ones in more danger.

Unless you’re a mechanic or super-dedicated car enthusiast, you might not know much about the brakes on your car. How long do they typically last?​ How often should you replace your brakes​? We’ve got answers.

What About Subaru’s Third Row?

So, what about Subaru’s third row? How does it stand up to some of these issues? First of all, the seats are generally built very sturdy. There is an option to add captain chairs in the second row, which lock in place and only fold down and stow away when you push the proper buttons.

The third row is not captain chairs but, they also fold down. Still, when they click in place, they are reinforced by metal locks that keep them in place. You won’t have to worry about flimsy seats that fold up with the pump of the brakes. You’ll have solid seats with seatbelts in all the right places.

Do you Need Another Row?

Before you go out on a limb, it’s best to ask yourself if you need third-row seating. While Subaru has an option, their other models might be big enough for your needs without the extra row. Assess your needs first and then go and but if you find it necessary.

Understanding how Subaru’s third-row seating works, you can make a better decision when you go shopping for your SUV or Crossover. Choose wisely, and don’t go for more car than you need.