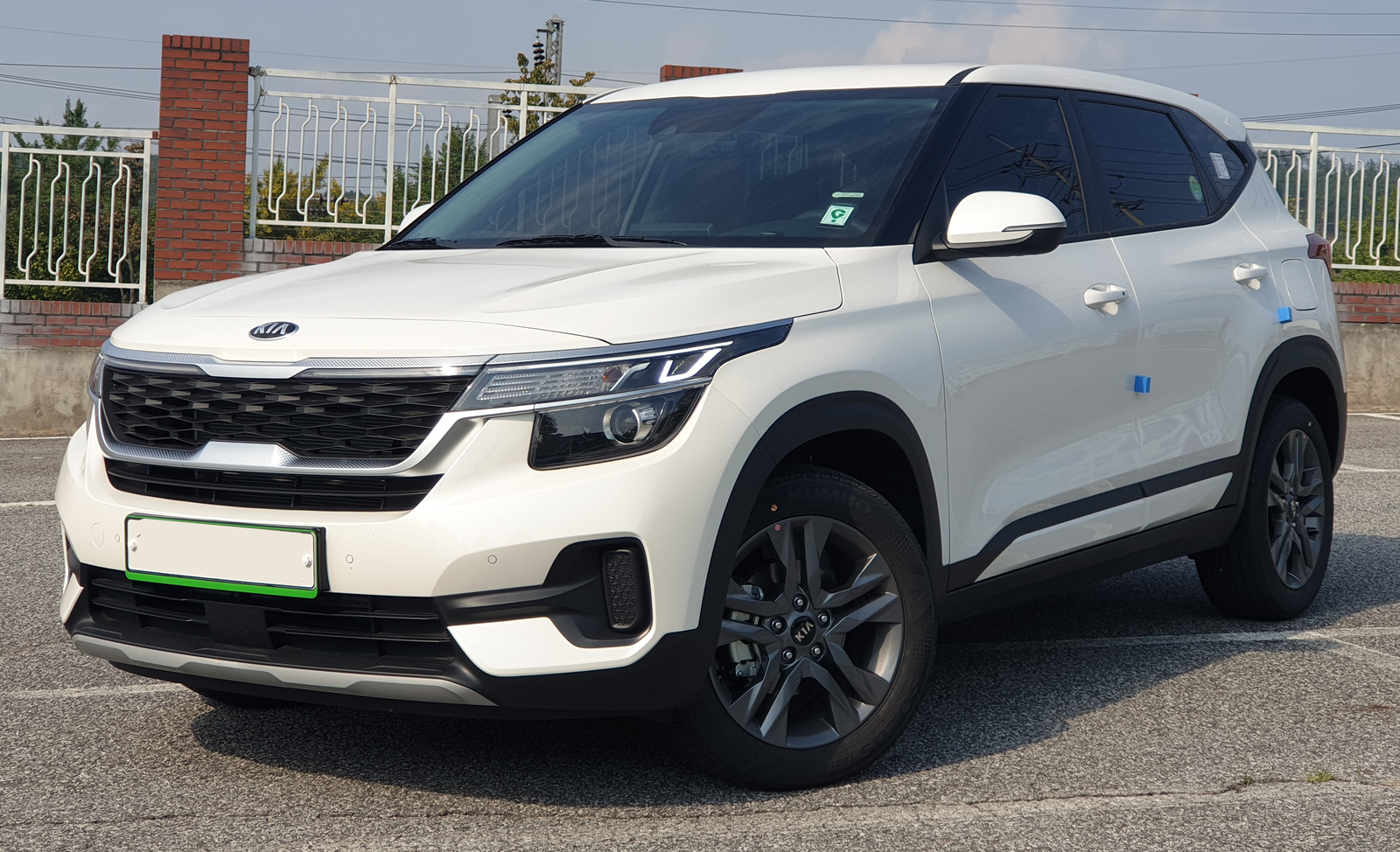 Comparing two vehicles from the same manufacturer is important if you want to make sure you’re getting exactly the right vehicle for you, especially when it comes to a manufacturer like Kia that has a lot of options and some vehicle lines that directly compete with one another.

That’s exactly what you’re dealing with if you’re debating Kia Seltos vs. Kia Sportage. Both of these vehicles are compact SUVs, they have similar safety ratings and fuel efficiency, and both vehicles are designed for the same kind of consumer.

For some consumers, the biggest difference between the Kia Seltos and the Sportage is going to be a matter of personal preference and taste, but some subtle differences are worth a second look if you’re thinking about either of these vehicles.

Let’s take a closer look at the Kia Seltos vs. Kia Sportage so you can decide which option is better for you.

With two vehicles from the same manufacturer, and as similar as these two compact SUVs, price is a huge factor and worth considering.

Overall, the Seltos and Sportage are in similar price categories. The Sportage is a little more expensive, about $3k across trim levels at the current price points.

Some of the price difference is because the Sportage is just a little larger than the Seltos, and has slightly better performance in most categories. However, the emphasis should be slightly better since there aren’t actually a ton of impactful differences for most consumers here.

That said, the Sportage’s higher price point can also be at least partially explained by its more popular design and more fashionable exterior. Even there, though, looks only go so far.

Horsepower and fuel efficiency are two of the most important measures of a modern vehicle. These two metrics tell you a lot about how the vehicle is going to drive and perform and how much it’s going to cost to drive.

This is another category where these two vehicles are pretty evenly matched. That’s not because the Kia Seltos vs. Kia Sportage has the exact same horsepower and fuel efficiency, but because they split the win.

The Kia Sportage has higher horsepower and goes from 0-60mph, slightly faster than the smaller Seltos. That’s important for consumers who are looking for performance above all else but doesn’t mean that it’s the better choice for everyone.

The Kia Seltos accelerates slightly more slowly and doesn’t have as much horsepower or torque as the Kia Sportage. However, the Seltos does have an advantage when it comes to fuel efficiency. The Seltos gets an estimated 31 mpg combined, while the Sportage only gets about 26 mpg combined.

An extra 5 mpg might not seem like a huge difference, but it can have a big impact on your budget, especially if you’re considering these vehicles to be daily drivers.

Overall performance is a little different from fuel efficiency or horsepower because the driving style and performance of a vehicle depend on the suspension, drive train, brake system, and how well each component part works with the other components in the vehicle itself.

In terms of driving performance, the Sportage comes out a little ahead. Despite its lower fuel efficiency, drivers tend to light the handling and performance of the Sportage more than the Seltos.

However, since these two compact SUVs have very similar metrics, it shouldn’t be a surprise that this is another close category for these two. However, if you live somewhere vehicle clearance matters, it’s worth noting that the Seltos has a slightly higher bottom clearance.

Kia’s SUVs have a reputation for being comfortable vehicles, and both the Seltos and the Sportage perform well in this category. Comfortable seating, plenty of legroom, and internal cabin features both help these two SUVs stand out from the crowd.

The Seltos actually packs a surprise in this category. Despite being a smaller vehicle, the Seltos has a larger interior space and is a bit more comfortable in terms of space.

Both vehicles have a lot of standard features, like touch screens, rearview cameras and backing assist, and plenty of cabin comfort features. However, the Sportage puts a few more of those controls on the steering wheel itself compared with the Seltos and offers just a couple more interior features than the Seltos as well.

We’re bringing up this category because it’s important if you’re looking for a 4WD or AWD vehicle. The Kia Seltos offers standard AWD on all but one model, the Seltos S, which gets front-wheel drive.

If you want AWD on the Sportage, which can be important depending on the climate you live in, you need to pay extra for it no matter what trim level you’re looking at. Even the turbo version doesn’t come with standard AWD, which can give the Seltos a slight edge over the Sportage.

Which Vehicle Comes Out On Top: Kia Seltos Vs. Kia Sportage

On the surface, the Seltos and Sportage are incredibly similar vehicles. They have similar components, are almost the same size, and offer similar performance.

The Kia Seltos is a sleeker, smaller, and nimbler SUV than the Sportage, while still offering more interior space and higher road clearance. If you’re looking for maneuverability, control, and all-weather performance, the Seltos offers some serious advantages over the Sportage.

On the other hand, the Sportage is more powerful, a little heavier, and feels more like a typical SUV despite having a lower clearance and a slightly smaller cabin.

Both vehicles are available in a range of trim levels, and both vehicles have all the advanced safety features you’d expect from a Kia compact SUV.

Overall, if you’re looking for a Kia SUV, these are both good options. It’s worth getting behind the wheel of both vehicles to see how they perform and which option feels better to you as a driver. The chances are that’s going to be the biggest difference and the best way to decide which of these two SUVs is right for you.