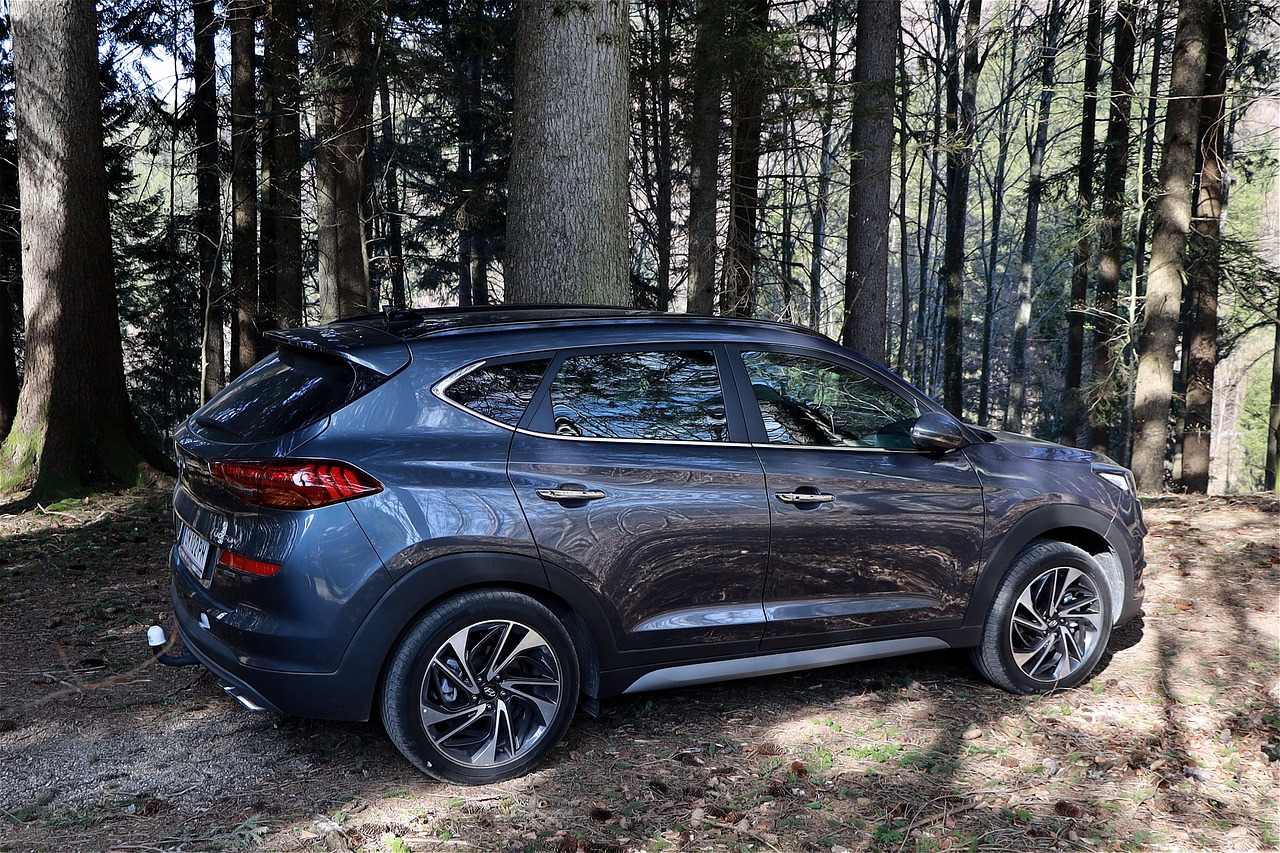 If you’re looking for a compact SUV, both Hyundai and Honda have a few different models to offer that appeal to a lot of consumers. If you’re thinking about a Tucson or a CR-V, you’re not alone. These two compact SUVs are both some of the most popular and versatile models, so comparing the Hyundai Tucson vs. Honda CR-V is an important step to figure out which model is right for you.

In this article, we’ll look at the critical similarities and differences, how they perform on the road, and which kind of driver is best for which model.

Here’s what you need to know about the Hyundai Tucson vs. Honda CR-V.

The comparison between the Hyundai Tucson vs. Honda CR-V might not seem terribly fair at first for a couple of reasons. For one thing, the Honda CR-V is in its 5th generation and is now one of the most popular SUV designs in the United States.

Keeping the popularity of the CR-V in mind, it might be a bit of a surprise that the Honda CR-V is actually the more affordable of the two. The Hyundai Tucson is just about $1k more at every trim level, with a starting MSRP of $37,580 compared to Honda CR-V’s $36,325.

That price difference is just big enough to change your monthly car payment a little and makes the CR-V a slightly better deal from a strict price perspective.

That’s important when you consider how similar these vehicles are, but cheaper isn’t always better.

Even though the CR-V is consistently one of the most popular SUVs in the United States, let’s take a closer look and see how both vehicles hold up in this match up.

In terms of driving performance, there are a few differences of note here. For one thing, the Tucson is fresh from a recent redesign that helps the vehicle drive and feel a little more like a new vehicle, while the CR-V has only had minor changes for the last 5 years, so it feels just a little out of date from behind the wheel.

In terms of horsepower and torque, these two vehicles are so similar that they’re functionally identical. However, since the CR-V is a little lighter, it got slightly better fuel economy. In fact, the fuel efficiency is different enough that the CR-V will probably cost a little less at the pump, which is a big win when it comes to the Hyundai Tucson vs. Honda CR-V.

When it comes to comfort, both of these vehicles are fairly evenly matched. Their cabins have similar space and legroom, and there aren’t huge differences in the comfort of each seat. That’s not to say that they’re identical, just that you’ll probably have to sit in them to know which one is going to be more comfortable for you.

In that at least, a test drive of each vehicle is the best way to decide which is right for you.

However, other features have a little more difference between these two models.

The Honda CR-V has a bit of a disadvantage in this area since it’s the older design and features that have become standard since the last design change, like Android and Apple Pay, didn’t make it into the CR-V, though high trim levels, like the CR-V Touring, do have those features.

The CR-V also suffers a little from a smaller infotainment touch screen, even though it otherwise has a highly adaptable and effective center console.

The Hyundai Tucson offers a larger 10-inch infotainment screen, a pushbutton shifter, and a few other advanced features that really stand out compared with the older CR-V.

Other features, like the sunroof, driver assist, rear cameras (though the Tucson has a slight advantage here with its surround camera system), are largely similar. The details of these features are different, but that’s down to personal taste rather than effectiveness or the quality of each design.

Styling usually isn’t a huge consideration when you’re looking at an SUV. SUVs have almost all gotten a reputation for being big, boxy, and more clunky than attractive. But more recent models, especially since 2018, have started to find a way to look stylish and aggressive without sacrificing cabin space or functionality.

The reason this is a category worth considering here is largely because of the different timing of the last times each vehicle got a significant redesign. The Honda CR-V is an older design, and it looks like an older vehicle.

In fact, even compared with vehicles of a similar age, the Honda CR-V looks a little awkward. More like a family vehicle than an aggressive or sporty SUV.

The Hyundai Tucson might not be the most attractive SUV on the roads right now, but it does have a few stylistic features that give it an advantage in appearance.

These two SUVs look pretty similar on the surface, especially when you look at the similar horsepower, torque, and transmission styles.

However, when you’re looking at the Hyundai Tucson vs. Honda CR-V, you’re looking at a difference between a more modern and tech-heavy stylish design vs an older, but lighter, sportier, and more efficient design that looks a little clunky.

If you’re looking for the latest technology, driver assists, and safety features, the Hyundai Tucson is probably the better option.

If you’re looking for affordable performance, consistency, and a design that’s done incredibly well in a quickly changing vehicle market, the Honda CR-V might be a better bet.

Ultimately, like most decisions between vehicles, it comes down to personal preference as much as substantive differences between these models.