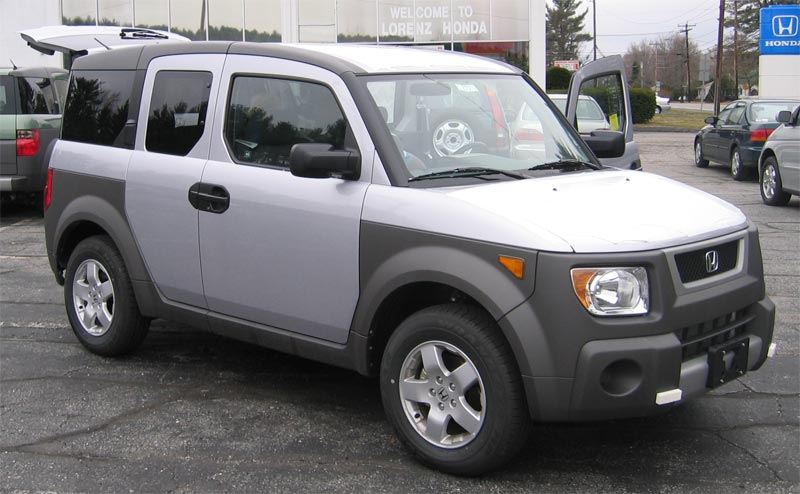 Not all Honda Element years are created equal.

CoPilot Compare breaks down pricing and feature differences between Honda Element year models so you can find the sweet spot between value AND reliability.

The Honda Element wasn’t in production for very long, only surviving 9 model years from 2003 to 2011. But in that time, it became a reliable daily driver to many in need of a practical, dependable vehicle.

And it has continued to shine in that role as a used car since its production run ended, being the first car for many teens and a great, low-priced option for anyone else. And while no year was plagued by car-killing problems, some model years faired better than others. That’s why CoPilot is here to help you figure out which Honda Element years to avoid.

While no year of the Element had too many problems with its reliability and build quality, Honda did need a little bit of time to get their feet underneath themselves, with the first two model years having the most problems reported. These problems included engine and transmission issues that became far less common in later years.

If you owned a Honda Element, you were much more likely to deal with problems with the inside of the cabin or the outside of the body than under the hood. Meanwhile, the 2007 model had pretty few complaints, but the most common was the gauge needles falling off, which could be surprisingly expensive to repair and dangerous if left alone. And then the 2008 model dealt with many complaints, chiefly premature wear on the brakes.

Which Model Years of Honda Element Are Safe to Buy Used?

By the 2005 model year, many wrinkles had been ironed out. A few problems were noted, including the seat belt indicator light not working correctly, and there was one report of an airbag going off unexpectedly. But the seatbelt light and paint bubbling were the only complaints logged by two people; any other problems have only been reported once each. The 2006 model also had few complaints, with paint issues still being the most common one, though if you buy a 2006 Honda Element, you should get the airbags checked as there were three reports of defective side airbags.

Meanwhile, very few problems have been reported from the last few years of the Element’s production run from 2009 to 2011. The most common ones listed were a funky smell coming from the ventilation system and issues with the cabin quality, which are far from the biggest deals when buying a used car. While this was a rare issue, it’s certainly one you don’t want to learn about the hard way.

While you should always be cautious when buying a used car and make sure that it is well-vetted and inspected before any money changes hands, you should feel more confident when looking at these model years, while the rest of these are Element years to avoid.

Which Model Years of Honda Element Should You Avoid?

The Element did get off to a rough start with its 2003 and 2004 offerings. Surprisingly, the key was one of the most significant issues in 2003, with many complaints of the key not being able to fit into the door locks to get into the car or into the ignition to start the vehicle. Unfortunately, even if you could get into the car and get it started, there were multiple engine, transmission, and electrical system issues. Luckily, there were fewer serious engine problems with the 2004 model, and owners could use their keys properly. Still, there were many issues with the windows and interior build that were seen much less frequently in other model years.

While it is possible to find a reliable 2007 or 2008 model used, these were two Honda Element years to avoid considering the quality of the model years that followed it. While far from unreliable clunkers, 2003 and 2004 are Honda Element years to avoid. The 2007 model might not have been too poorly made, but there were multiple reports of the needles in the instrument panel just falling off. If you left it as is, you might not know how fast you were going, the engine’s temperature, or if you were running out of gas.

But if you wanted to get it fixed, you could easily spend over $1,000 for something so small. Then the 2008 model, in addition to typical problems with paint chipping or interior parts not lasting, the brakes wore down excessively quickly for several owners.

The answer to this question isn’t as  simple as you’d expect. Let’s explore the difference between gas and diesel engines and explore just how many spark plugs a diesel engine actually has.

The Honda Element is a reliable vehicle, but it’s not without issues. Here are some of them: