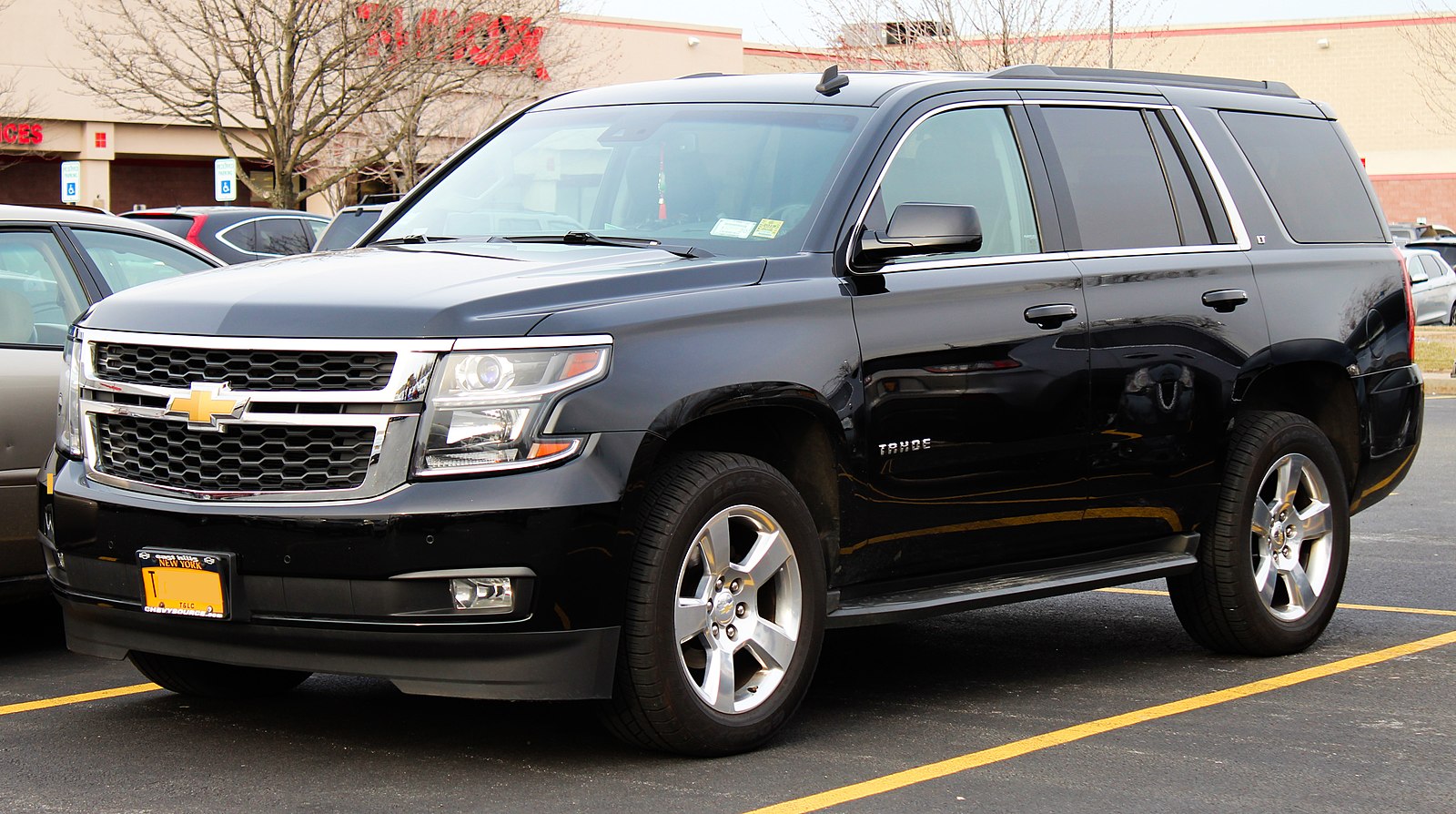 The Chevrolet Tahoe has been in production since 1994, named after the countryside scenery of Lake Tahoe to represent its ability to explore rugged terrain. This full-size SUV has had its fair share of tweaks and improvements over the years, including expansions in size and improved handling.

In the Chevrolet Tahoe’s long history, there have been several faulty year models. We recommend avoiding any 1999, 2004, 2005, 2007, 2008, 2009, and 2015 Tahoes. All of these year models, except for the 1999, have serious defects in their interior accessories, including cracked dashboards, broken door locks, and flashing interior lights.

Serious engine problems plague the 1999 Tahoe, as well as the 2004, 2007, 2008, and 2009. Overall, you’ll want to steer clear of these Chevrolet Tahoe year models because at best, their issues might mean interior accessory annoyances. At worst, your safety might be on the line.

The average car is on the lot for 1-2 weeks, but the best deals usually get snapped up under 48 hours. Download the CoPilot app to be immediately notified when a saved vehicle drops in price or when a great new Chevy Tahoe listing goes up for sale.

Which year models of Chevrolet Tahoe are safe to buy used?

Having been in production for nearly three decades, it comes as no surprise that not every Chevrolet Tahoe year model will be equal in quality. With that being said, there are so many to choose from that there’s no reason for you to purchase one that won’t let you explore rugged terrain in comfort and safety. We recommend the following Chevrolet Tahoe year models as safe to buy:

The earlier year models are truly tried and true buys as customers have reported so few issues even after almost two decades, in some cases. The most worrisome complaints with these year models are cracked dashboards and fuel pump failures, which are reflected in the worst Tahoe models as well. The difference here is that they’re so rare in these Tahoes that it’s really unlikely for you to run into them.

2001 Chevrolet Tahoes have had some minor problems with windows, A/C units, or brakes, but they’re few and far between and on the off chance that they do occur, it’s late in their lives. The most often reported issue is a broken rear window hinge at over 90,000 miles.

A 2002 Tahoe might have a knocking noise from its steering column when turning after 60,000 miles, but even if it does, this costs less than $300 to fix. The 2003 year model has similar problems, but issues shouldn’t pop up until around 90,000 miles and nothing should cost more than $1,000 for repairs.

The only widely reported defect in the 2011 year model is the cracked dashboard that many Tahoes suffer from. However, reports are far fewer with the 2011 so we don’t see this as big enough of a problem that you should avoid this model.

2016 Tahoes are mostly reliable, but if you do happen to have an annoyance with it, it’ll likely be an A/C system that doesn’t blow cold enough or sticky brakes, both costing less than $1,000 to repair. Overall, all of these Tahoe year models should give you little to no trouble.

Which year models of Chevrolet Tahoe to avoid:

There are many Chevrolet Tahoes that will satisfy your off-road exploration needs, but several that don’t quite make the cut. You’re looking for enormous interior space, smooth handling, and a comfortable ride, and we want to help you get that. For that reason, we recommend avoiding the following Chevrolet Tahoe year models:

Interior accessory defects are the most prominent failing that’ll make you want to avoid these Tahoes. Cracked dashboards are by far the most reported interior accessory issue in Chevrolet Tahoes, and are common in all of these year models except for the 1999.

The 2004 and 2005 year models also suffer from an incorrect speedometer, while the 2015 has incessantly flashing interior lights. Additionally, you might find further problems like a bad lock actuator or a malfunctioning radio system in a lot of these models.

The reason you don’t want a 1999 year model is because of its engine. Customers have complained about intake gasket failures, blown engines, and a loss of power when climbing hills. All of these could endanger you and your passengers, making this model an inadvisable purchase.

If you purchase a 2015 Chevrolet Tahoe, it is highly likely that your A/C system will fail around 50,000 miles. While the $1,000 repair cost isn’t astronomical, the high likelihood of this happening, along with the vehicle’s other defects mean you shouldn’t purchase this one. The 2007 Tahoe is the worst overall due to the sheer number and severity of complaints, but we recommend that you avoid all of these year models.

These are the most common problems reported by owners on platforms such as carproblems.com, carcomplaints.com, and Car Talk Community. Interior accessory issues are common, along with engine defects like excessive oil consumption.

Looking for a Chevrolet Tahoe in your area? There’s no easier way than by downloading the free CoPIlot car shopping app. We’ll search every dealership in your area to find the full-size SUV you’re looking for and create a personalized list of the best buys near you.

Built using the same technology that car dealerships use to buy and sell their inventory, CoPilot is the smartest and easiest way to buy a used Chevrolet Tahoe.