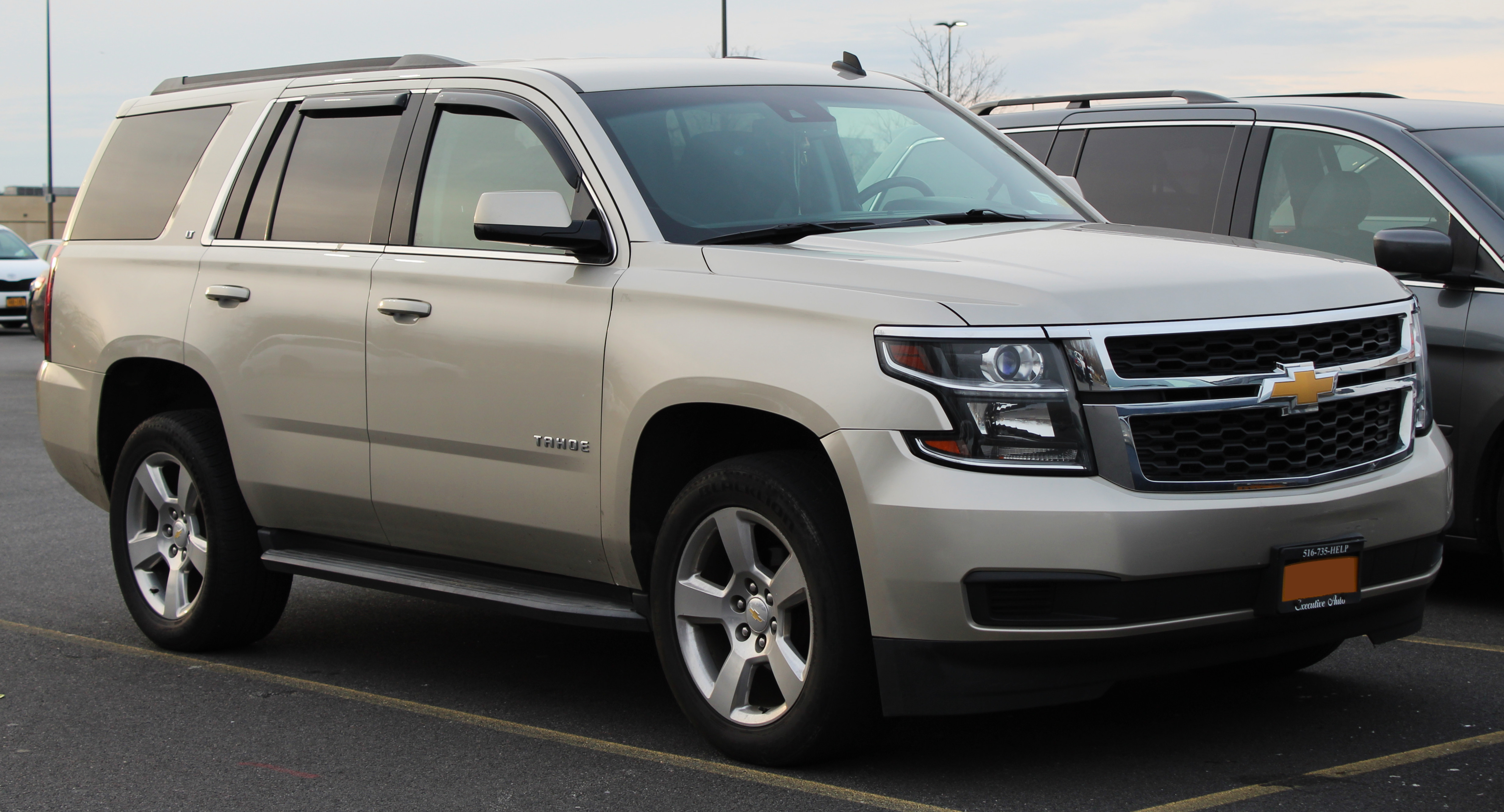 The Chevy Tahoe is among the best do-it-all vehicles made and sold in America. Its two choices of V8 engines are beefy enough to haul around 8 passengers, whatever you can fit in the 95 cubic feet of cargo space, or up to 8,600lb of towing capacity. Since its remodel for the 2016 model year, the Tahoe has featured a sleek, modern design on the outside and a well-equipped, stylish design on the inside.

Throughout the generation and through to the 2020 model, not much has changed year to year. Luckily, that means that you can find pre-owned vehicles at great prices and with most, if not all, of the best features on a new Chevy Tahoe. Here at CoPilot, we’ll help you figure out which model year is the best one for you.

How much are you saving buying a used Chevrolet Tahoe vs. new?

While many of these model years have good deals and are worth buying, the best one for your money is the 2017 Chevrolet Tahoe. Unlike the 2015 and 2016 models, there have been few reliability issues reported with the 2017, and it is available with all the features of the 2020 model, even Apple CarPlay and Android Auto.

The average 2015 Chevy Tahoe is listed at $30,981, and has an average of 95,852 miles on its engine. That’s $31,557 less than buying a new 2020 model, and the only features missing are lane keeping assist, a heads-up display, and Apple CarPlay/Android Auto capabilities. And with those savings, you could definitely buy a third party HUD and a new stereo with CarPlay, and still have spent only half the cost of a new car.

Is buying a used 2015 Chevrolet Tahoe a good idea?

The 2015 model year earned a poor reputation for reliability, so buying a car with around 95,000 miles on it already probably isn’t a good idea. You might want to look into newer Chevy Tahoe models.

Is buying a used 2016 Chevrolet Tahoe a good idea?

While CarPlay and Android Auto were added for the 2016 model year, reliability was not. Even though it is a better deal than the 2015 model, you should still look for a newer Tahoe if you can.

Is buying a used 2017 Chevrolet Tahoe a good idea?

With all the features of a 2020 model at a fraction of the cost, a 2017 Chevrolet Tahoe is a good deal. It also has less reported reliability issues than previous models, making a pre-owned 2017 Chevy Tahoe a good car to buy.

Is buying a used 2018 Chevrolet Tahoe a good idea?

Is buying a used 2019 Chevrolet Tahoe a good idea?

The 2019 Tahoe does cost more than its older counterparts, but it is only a year old and has all the same features at only three quarters of the price. It might not be the best deal on a used Tahoe, but it is a better deal than buying a new one.

The easiest way to find reliable Tahoes in your area

The easiest way to find reliable pre-owned SUVs is with the free CoPIlot car shopping app. We’ll search through every dealership listing and find you the best deals on whatever car you want. CoPilot uses the same software that dealerships use to buy and sell inventory, so you can shop with confidence that you’re getting the best deal on an SUV that the dealerships have to offer.

Only interested in newer, off-lease vehicles? Try CoPilot Compare, the search engine for nearly-new cars. We’ll help you figure out which model year is best for you by comparing the features, mileage, and savings for each year. It’s a great way to find certified pre-owned SUVs that are nearly new, but without the new price tag.