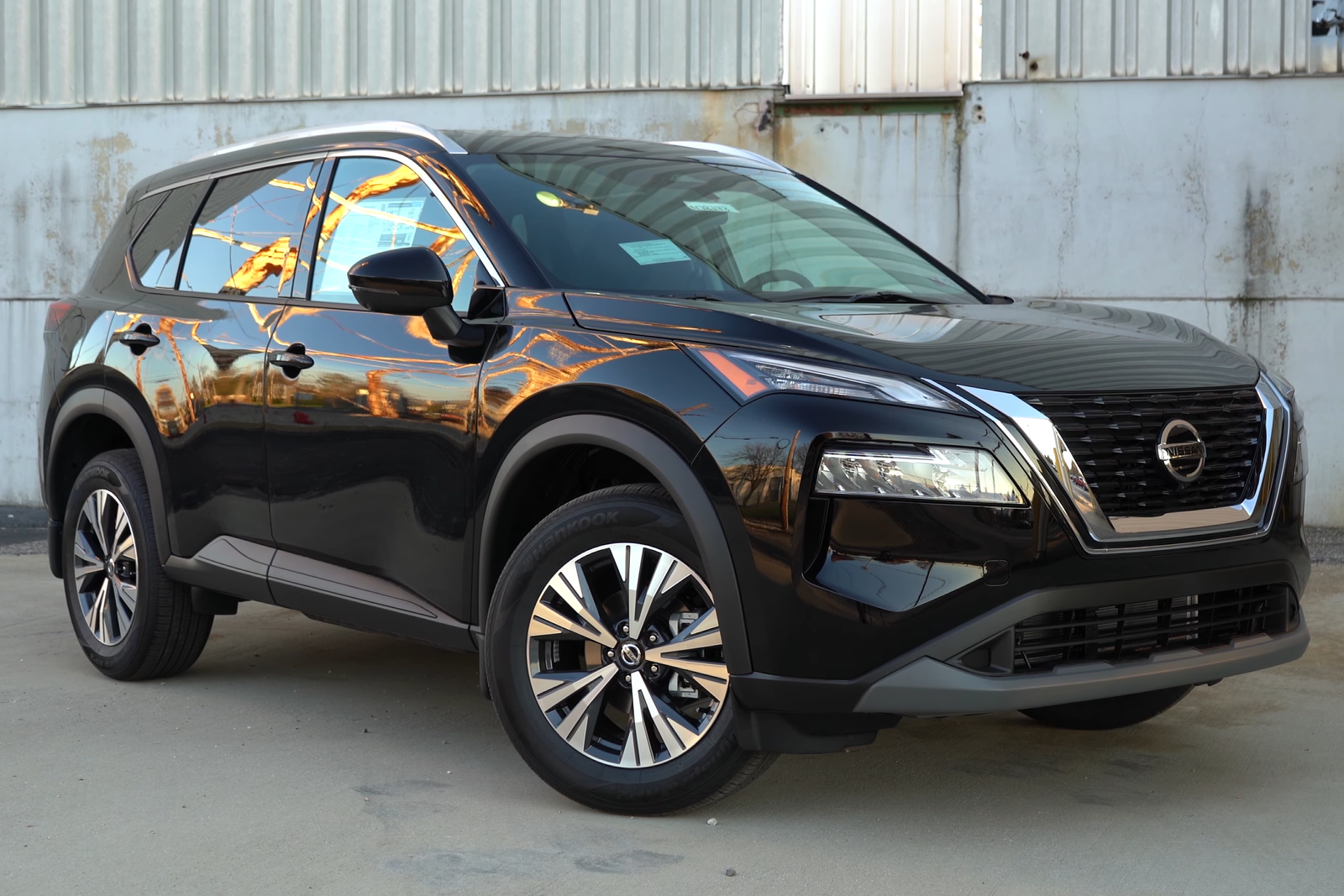 Not all Nissan Rogue years are created equal.

CoPilot Compare breaks down pricing and feature differences between Nissan Rogue years so you can find the sweet spot between value AND reliability.

The Nissan Rogue hit the market in 2008 as one of Nissan’s top compact crossover SUVs and has been a mainstay ever since. In fact, the Rogue is so ubiquitous that it’s since become Nissan’s best seller.

When it’s in tip-top shape, a Nissan Rogue can be an excellent vehicle for you and your family to own. However, not every model has been built to last, so it’s important to know which ones to look out for. Here are the Nissan Rogue years to avoid to ensure you get only the highest quality models.

Most of the Nissan Rogue year models have some significant defects, mainly with their transmissions. The only Rogues that have had very few complaints are from the past few years, specifically the 2017, 2019, 2020, and 2021 models. We recommend avoiding Rogues manufactured from 2008 to 2016 and the 2018 model if you can manage it.

Which Year Models of Nissan Rogue are Safe to Buy Used?

Though there are genuinely few Nissan Rogue year models that don’t have a litany of complaints issued against them, you can be sure that they’re pretty reliable vehicles and can be trusted to keep you and your passengers safe. For the most part, this means springing for a Rogue released in the last few years, which is costlier than buying an older one, but it’s better to be safe than sorry. We recommend purchasing a used version of one of these Nissan Rogues:

The 2017 Rogue has the highest number of complaints from this batch, but they’re either minor problems or sporadic occurrences. The most concerning issue with the 2017 year model is a jittering sensation that cost a few thousand dollars to fix, but this seems to have been a one-time thing and shouldn’t be a problem for you.

The newest Nissan Rogue models, the 2019, 2020, and 2021 years, are great cars and have had almost no complaints whatsoever. In fact, the few reports that have come through about them tend to be related more to parts of the Rogue’s design that drivers didn’t like rather than malfunctioning equipment. For example, some dissatisfaction has been expressed with the 2019 model’s fuel economy, but you can research this beforehand and decide whether it’s satisfactory.

Which Year Models of Nissan Rogue to Avoid:

Unfortunately, many Nissan Rogue year models have had various complaints reported against them. This list comprises most of the years that have been released, which means that finding a used Rogue that isn’t on this list might be challenging. For this reason, we’ll differentiate between the worst and best models here so that you have some backup choices in case your options are limited when you go to make a purchase. In any case, these are the Nissan Rogue years to avoid if you can help it:

The most prominent issue that these Nissan Rogues have pretty much across the board is transmission failure. Your transmission is essential to allowing you to steer as you please and shift gears, so a sudden failure in this system could mean your car goes out of control and refuses to listen to your inputs. It’s a massive problem with the Nissan Rogue and is especially concerning because it could endanger someone’s life.

The fact that it’s so widespread among Nissan Rogues is a real issue, so if you wind up going with one of the cars on the above list, have a trusted mechanic evaluate the car first and ask for a pre-inspection report so that you can minimize your risk. If you’re traveling at high speeds or on a slippery road, a transmission failure could cause a dangerous accident.

Transmission problems are the significant defects in the 2008, 2009, 2010, 2011, 2012, and 2013 Rogue models. In addition to total transmission failure, a sudden acceleration loss is also prevalent. The 2014, 2015, 2016, and 2018 models have more complex issues. For the most part, they all suffer from similar transmission breakdowns, but some of them have additional problems thrown into the mix.

The 2014 and 2015 models have had a streak of broken air conditioning units and broken interior accessories. The A/C problems continued into the 2016 model, with the addition of an annoying suspension defect in which noise emanates from the front end when turns are made. The 2018 year model is the only one that doesn’t have transmission problems, but it does have some severe brakes issues. It’s been reported that the 2018 tends to suddenly brake while driving with no warning, which could get you into an accident.

If you have to get one of the above Nissan Sentras, the 2014, 2015, and 2018 models seem to be a lot safer than the rest. We still believe these are Nissan Rogue years to avoid, but they can be backup options in an emergency.

Overall, the Nissan Rogue is a reliable crossover SUV, but some years have some glaring problems that car shoppers should know.

These are the most prevalent issues reported by owners on trusted platforms such as carproblems.com, carcomplaints.com, and Car Talk Community. Primary problems include loss of acceleration, transmission failure, and broken air conditioning units.