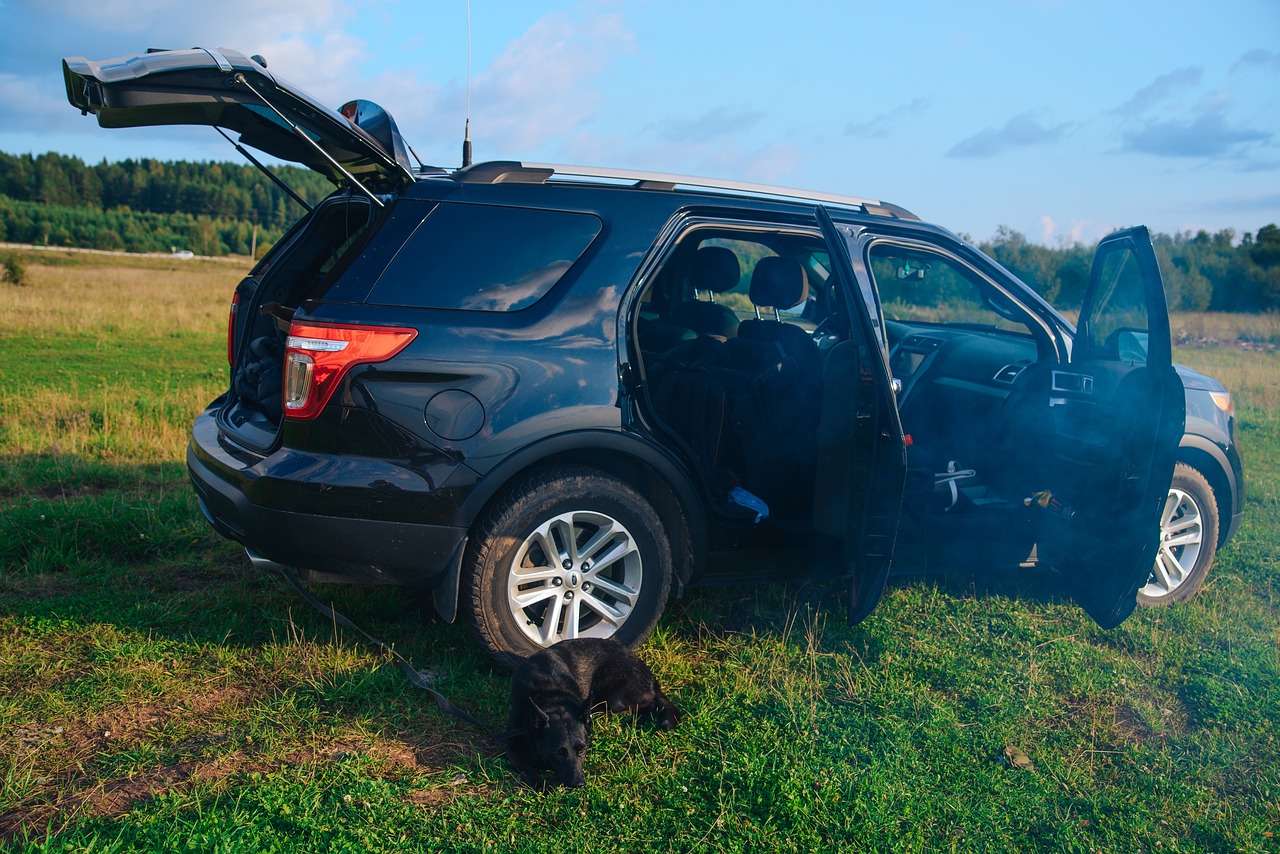 You’re in the market for a three-row SUV, but you don’t know which one to choose. Many people find themselves in that boat these days, with the high number of excellent cars to choose from being daunting to sort through. The Kia Telluride and Ford Explorer are two of the most popular three-row SUVs, but what’s the difference exactly? Have no fear; we will detail everything you need to know about the Kia Telluride vs. Ford Explorer so that you can make an informed decision!

The Kia Telluride and Ford Explorer are both formidable competitors in the three-row SUV race, but we have to give the victory to the Telluride for its impressive suite of tech and competitive pricing at higher trim levels. The Explorer has far more power but doesn’t quite match up to the Telluride in many of the other categories. The differences aren’t as extreme in the base trim of each car, but if you plan to shoot for a more advanced trim, the Telluride clearly becomes the superior vehicle.

In the performance piece of the Kia Telluride vs. Ford Explorer debate, the Explorer wins handily. The 2021 Telluride comes with a single 3.8 Liter V6 engine that generates 291 horsepower. This is a great power level for any three-row SUV of this kind, but it’s still not as strong as the options you get with the 2021 Ford Explorer. The Explorer allows you to choose from three different engines, and each is more powerful than the Telluride’s engine: a 2.3 Liter, turbo I4, 300 horsepower engine, a V6 hybrid, 322 horsepower engine, and a turbo V6 engine that can get either 365 or 400 horsepower, depending on which trim you get. It’s abundantly clear here that the Explorer completely outclasses the Telluride’s already impressive performance, making it the winner in this category.

The Kia Telluride has slightly more cargo space than the Explorer, so there is a little bit of a differentiation between them there. Behind its third row, you get 21 cubic feet of space in the Telluride. In the Explorer, though, you only get 18 cubic feet, which doesn’t sound huge but can make a difference in cases where you need every inch of space.

When you’re out looking for a nice three-row SUV, one of the major things you’re probably looking for is safety. While there are some differences in the safety features included in a Kia Telluride vs. Ford Explorer, it’s worth noting that both have been rated highly for their safety features and should keep you and your family safe. Now that that’s been said, we can get into the finer details of what sets these two cars apart in terms of safety.

The 2021 Kia Telluride is renowned for its safety ratings and suite of modernized safety features in all trim levels. Standout features include automatic emergency braking, collision avoidance assist, driver attention warning (a system that recognizes signs of fatigue in your driving and facial features in order to warn you if you might need to take a break), and pedestrian detection. A clear-picture rearview camera fills out this suite nicely, always keeping you informed of what’s behind you.

The 2021 Ford Explorer is highly competitive with its set of safety features as well. It shares many of the same features as the Telluride in its base trim while also including cross-traffic alert, which helps you stay aware of everything going on around you. The Telluride doesn’t have this, but it does have integrated turn signal mirrors which are a plus, so it really comes down to the specific features you’d prefer most in your three-row SUV.

Gas mileage is another category in the Kia Telluride vs. Ford Explorer battle that might make or break your decision.

Both the Kia Telluride and Ford Explorer have been fine-tuned over the years to optimize their technological suite, and it shows in their most recent iterations. They both come standard with an eight-inch touchscreen that has Apple CarPlay, Android Auto, and a six-speaker audio system, as well as five separate USB ports for you to use. The Kia Telluride uses the UVO infotainment system, while the Ford Explorer has the new Sync3 infotainment system, and both have been rated highly by drivers and critics alike. We’ll have to give the edge to the Telluride, however, due to its inclusion of an alarm, adaptive cruise control, keyless start, and heated mirrors. However, the Telluride doesn’t have the remote trunk release or power liftgate in its base trim that the Explorer does. If these matter more to you than the Telluride’s offerings, you’ll probably want to go with the Explorer.

The base price for both of these three-row SUVs is highly competitive, making this a tricky race to pin down in the Kia Telluride vs. Ford Explorer competition. A base trim 2021 Kia Telluride starts at a little over $32,000, while a base 2021 Ford Explorer starts just under $33,000. However, as you move up through the more advanced trim levels, the Explorer starts to get a lot more expensive. At its peak, the Explorer’s final trim costs several thousand dollars more than the top-level Telluride, despite the fact that the Telluride has a more robust suite of features. Therefore, if you’re getting a high-level trim, the Telluride wins the cost battle.