Introduced in 1992, the Nissan Altima has is not only one of the brands best selling vehicles but also it’s longest running nameplate. It’s well known for its stellar fuel economy, roomy interior, high safety scores and sporty driving demeanor. If you’re looking at purchasing a Nissan Altima to shuttle around your family and friends, you may be wondering if purchasing the vehicle new or used is the better purchase. Did you know that you can get an Altima with many of the same features as the 2020 model for (on average) $6718.00 less? Yes, you read that right.

We’ll give you a breakdown of the average prices and mileage for each used model, and compare used prices vs. new prices so you can see just how much coin you’ll save by buying used. 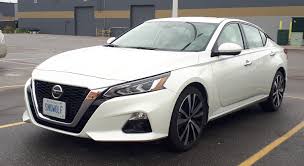 The 2020 Nissan Altima will set you back on average around $29k, which accounts for the wide difference in pricing between the top trim and the base trim. For 2020, the Altima packs in a good amount of standard equipment but remains basically unchanged from 2019. Consequently, 2019 was the first year of the Altima’s comprehensive redesign and it brought a completely revised exterior and interior. Features, however, remained basically the same from generation to generation with some changes.

Here are the feature highlights: 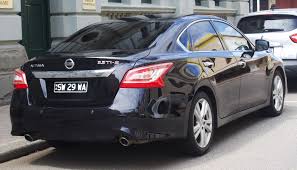 How much you save by buying a used 2015 Nissan Altima

The 2015 Nissan Altima is still a very modern and very good used car even when compared to its 2020 competition. For an average price of nearly half the original MSRP for a base car, you can get yourself into a fully loaded Nissan Altima with an average of 70,583 miles and around $12,918. This is a massive 50% savings.

What you will give up is the comprehensive safety suite, the new styling of the 2020 models and the inclusion of Android auto and Apple CarPlay into the infotainment system of the car. However, you could easily remedy some of these foibles by having a shop install a head unit into your car that upgrades your experience to include a backup camera, Android Auto and Apple CarPlay.

Is buying a used 2015 Nissan Altima a good deal?

Probably not. If you’re concerned about mileage, picking up a solid used car in this price range allows you some flexibility to pick up an extended warranty to help offset any major repairs - which is a good idea, because the 2015 Altima has transmission problems.

Buying nearly-new and off-lease models can save you a ton of money. With low mileage and CPO offers available, reliability isn’t an issue. Learn how much you can save by buying certified pre-owned vehicles with CoPilot Compare. 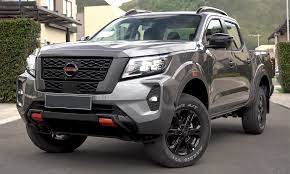 How much you save by buying a used 2016 Nissan Altima

You can save $11,634 by purchasing a used 2016 Altima, which is a staggering 43% less than when it was new. In a matter of 4 years, which is not that long, this family sedan stalwart loses nearly half its value while still offering a host of great features.

Nissan made more standard features available on the Altima for the 2016 model year in order to make it more competitive in the midst of competition from Honda and Toyota. Features like a backup camera, smartphone integration, keyless start and even remote start were available on the lower trim levels of the 2016 Altima. For a price that is marginally higher than the 2015 model, you will enjoy the benefits of lower mileage on average and these few additional features.

Is buying a used 2016 Nissan Altima a good deal?

Compared to new models, you can still get many of the same features (again, missing out on active safety tech and Android Auto/CarPlay) but still get that Altima goodness for over 40% less cash. You can also slide into a fully loaded SL for about the same money, which comes with leather seats, a sunroof and a host of other goodies.

How much you save by buying a used 2017 Nissan Altima

For 2017, the story remains remarkably similar to the 2016 models. You still get items like keyless start and a back-up camera as completely standard and you can option in other tech features like a larger screen in upper trims.

Is buying a used 2017 Nissan Altima a good deal?

If you can live without the standard active safety tech, Android Auto and Apple CarPlay and the updated styling, you could get a great Altima for 36% less than the cost of a new one. Many Altima’s in this year come with the benefit of lower mileage, with some examples being in the 20k to 30k range - which is extremely low. So, low mileage examples, fully loaded and 36% less than new? Sounds like a great deal. 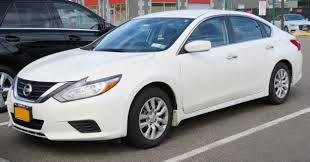 How much you save by buying a used 2018 Nissan Altima

In 2018, things really start to get interesting. Here you get very similar equipment to a brand new Altima standard for around 33% less cash.

Although the exterior styling remains basically unchanged, Nissan started throwing even more equipment into the Altima’s. This year we have the addition of Nissan’s Safety Shield as standard equipment across all Altima’s. This brings the addition of things like Automatic Emergency Braking and Lane Departure Warning to the table with the option of Blind Spot Monitoring, Rear Automatic Braking and Cross Traffic Alerts as well. This is also the first year Nissan has installed Android Auto and Apple CarPlay into the Altima.

Is buying a used 2018 Nissan Altima a good deal?

For 33% less than a new Altima, you can pick up a low mileage, used Altima that has much of the same features as a brand new one. Not only that but it will probably have some factory warranty left!

How much you save by buying a used 2019 Nissan Altima

Since the Altima had been soldiering on for nearly six years with no changes, Nissan decided that everything needed to change for the Altima in 2019. The exterior and interior received a complete redesign, as did the chassis and engine choice. Given all this, you can save 24% or $6719.00 on this basically new car.

The robust list of standard equipment made its way from one generation to the next while adding in some things like a larger touchscreen infotainment system, a 4” inch LCD screen in the gauge cluster and some additional safety options like a 360 degree camera and adaptive cruise control. It was well received by critics and owners alike who praise its ride balance, interior comfort and safety scores.

Is buying a used 2019 Nissan Altima a good deal?

You can save yourself 24% on the purchase of a used Altima vs. a new one but that really does not tell the whole story here. You can also get yourself into a higher trim for about the same money. If you’re shopping for features, this is a no brainer, especially when you get a factory warranty to boot on basically a brand new car. It’s a great deal.

Dollar for dollar the 2018 Altima is the best deal of the bunch. You get to enjoy substantial dollar savings while also enjoying the advanced technology and safety features that crept into 2019 and 2020 models. There is no major difference in fuel economy nor the powertrain, unless you consider the top trims which have ultra powerful engines and are quite different from 2018 to 2020. Even if you were to hop into one of these top tier models, a 2018 rolls with a super powerful 3.5 V6 engine that makes the Altima genuinely quick! Check out CoPilot to see the best Altima’s in your area today.