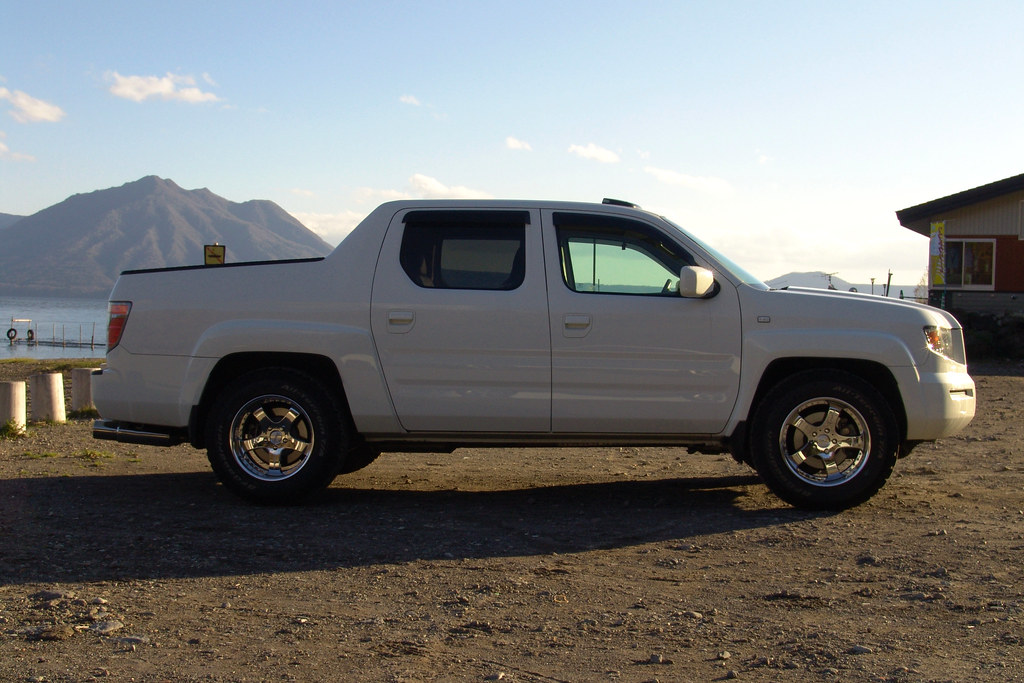 Pickup trucks have been the best-selling vehicles of any type in the U.S. for decades. The hulking size and cargo capacity of Ford F-150s, Chevrolet Silverados, and Ram 1500s have a strong consumer appeal.

Yet, as far back as the 1950s, U.S. automakers sought to bridge the gap between pickup utility and passenger car comfort. In 1957, Ford launched the Ranchero “coupe pickup” by basically taking a four-door station wagon and removing everything behind the two front doors. Chevy soon followed with the similar El Camino. These unique vehicles faded into history about four decades ago as regular pickup trucks rose to vehicle ascendancy in the U.S.

Seeking to enter the lucrative American pickup truck market, Honda launched the Ridgeline in 2006. Wisely choosing not to take on the Detroit Three head-on, the company instead offered something the market was missing: a pickup with car-like handling and light-cargo capability. Notably, Honda made the Ridgeline family-friendly by offering it as a four-door. This was easy to do as the Ridgeline is based on the popular and functional Honda Pilot.

After five years, the typical Ridgeline will be worth about 43% off its original value. Better than the average car but not as strong as some other pickup alternatives. This softer resale value makes for a stronger case for buying a used Ridgeline. We’ll explore the details of a new 2021 Ridgeline and look at used models from 2014 and 2017-2020 and uncover helpful information on this unique Honda.

Note that the Ridgeline was off the market for 2015-2016, and an all-new model was launched for 2017. Read on as we uncover the best year for the Honda Ridgeline. We’ll look at pricing, problem areas, and feature changes for each year.

New Features for the 2014 Honda Ridgeline

Is Buying A Used 2017 Honda Ridgeline A Good Idea?

Given that you’d be shelling out about $28,000 for a vehicle with potential reliability issues, we’d suggest skipping a purchase of a used 2017 model. This is not the best year for the Honda Ridgeline.

New Features for the 2018 Honda Ridgeline

Honda appears to have overcome the problems that plagued the previous year Ridgeline and returned this vehicle to Honda’s regarded reliability.

Is Buying A Used 2018 Honda Ridgeline A Good Idea?

A $10,000 gap between a used 2018 Ridgeline and a new model—along with good reliability ratings—makes for a strong case for buying used.

New Features for the 2019 Honda Ridgeline

The Ridgeline’s reliability streak continues for 2019. The same fuel pump and cargo cover recalls affecting earlier years also apply for this year. Some 2019 Ridgelines we recalled for a defective timing belt.

Is Buying A Used 2019 Honda Ridgeline A Good Idea?

If a $6,400 savings from buying a used 2019 model over a new version is meaningful, this may be the best year for the Honda Ridgeline.

CHAT WITH A LIVE EXPERT

Chat with our team of experts to get help during your car search process. We’ll even answer the hard questions like “What’s a good price for this car?” or “How much can I negotiate with the dealership?”

New Features for the 2020 Honda Ridgeline

There is insufficient data to report on the Ridgeline’s reliability or recall history given the short time that the 2020 model has been on the market.

Is Buying A Used 2020 Honda Ridgeline A Good Idea?

It’s hard to justify buying a used 2020 Ridgeline when a brand-new model will only cost another $1,600.

Which Model Year of the Ridgeline Is Best to Buy Used?

Thanks to almost average vehicle depreciation, the 2018 model stands out as the best Honda Ridgeline to buy used. This year benefits from a good reliability history and standard advanced safety features (on the upper-trim RTL-E and Black Edition variants). The roughly $10,000 savings compared to a new Ridgeline is nothing to sneeze at.