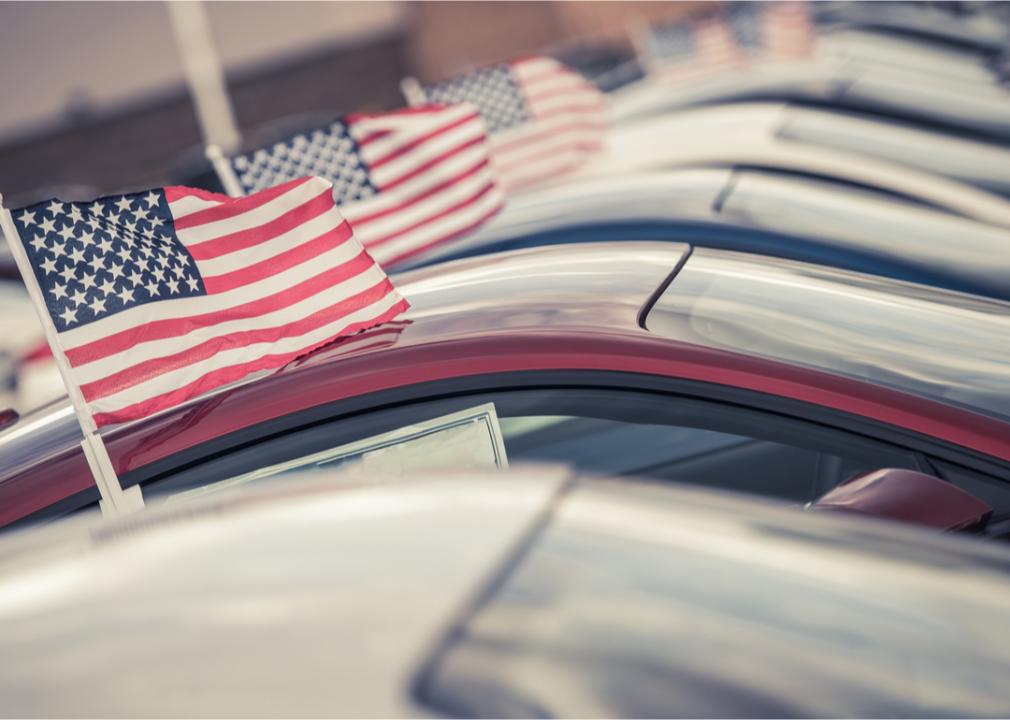 In 2020, the United States exported $1.431 trillion worth of goods. Vehicles were among the top U.S. exports, ranking fourth at $105.2 billion, according to research publication World’s Top Exports. Vehicle exports accounted for 7.3% of all goods exported from the U.S. Ahead of cars were computers and other machinery, electrical machinery and equipment, and oil and other mineral fuels.

The coronavirus pandemic has dramatically affected auto industries around the world, including in the U.S. where factories significant shutdowns as virus case numbers increased. In 2020, car exports were valued at $45.6 billion—an 18.7% decline year-over-year.

Continue reading to find out if your state exported the most cars in 2020.

Looking for the very best deals? A fully-loaded, nearly-new car is the best choice. We dig into Subaru Outback trim levels and their impact on used pricing and tell you how to find the best deals on a used Outback with a top-tier trim package. 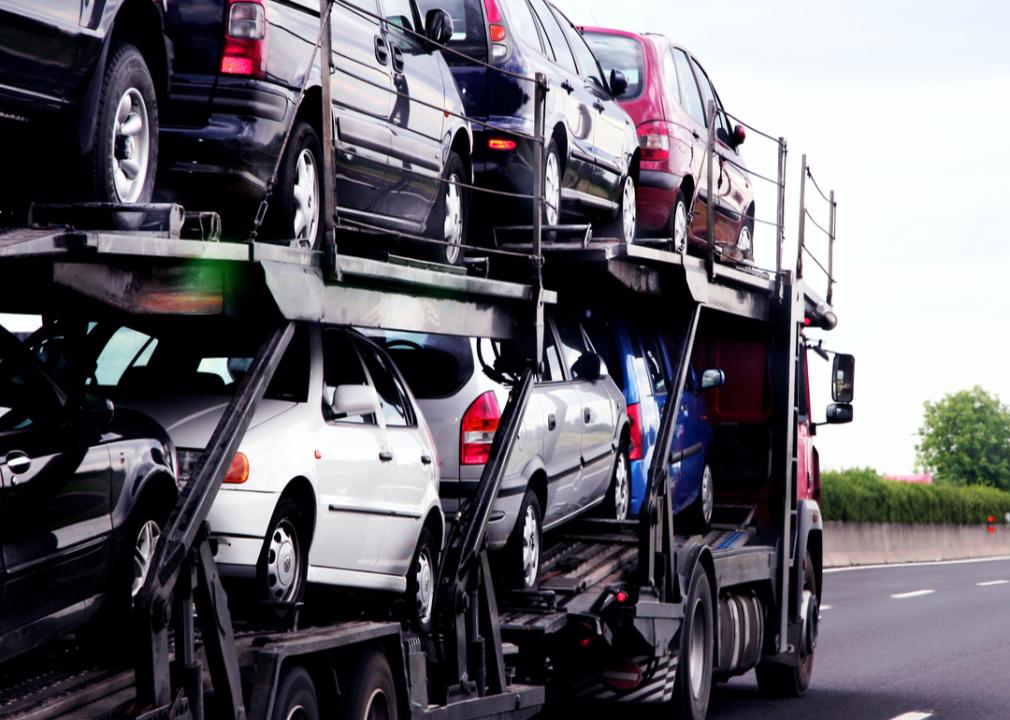 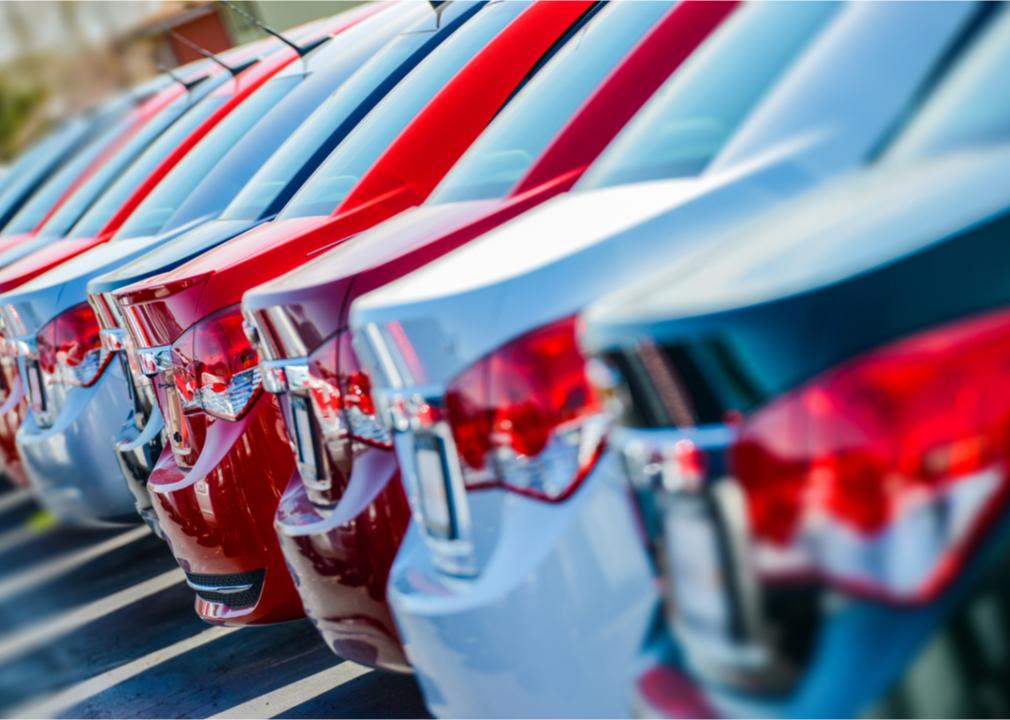 Oklahoma has a storied history of car manufacturing beginning with the Ford Motor Co., which built a factory in Oklahoma City in 1916. But by 2006, automobile production ended when General Motors Co., which had opened its assembly line in 1977, closed it—and at the time was the last company to produce automobiles in Oklahoma. Today, state officials are promoting the industry by touting the state’s low operating costs and wages; its right to work status, which limits the power of unions; and availability of workers with technical skills. Tax credits are available for companies that open in the state. 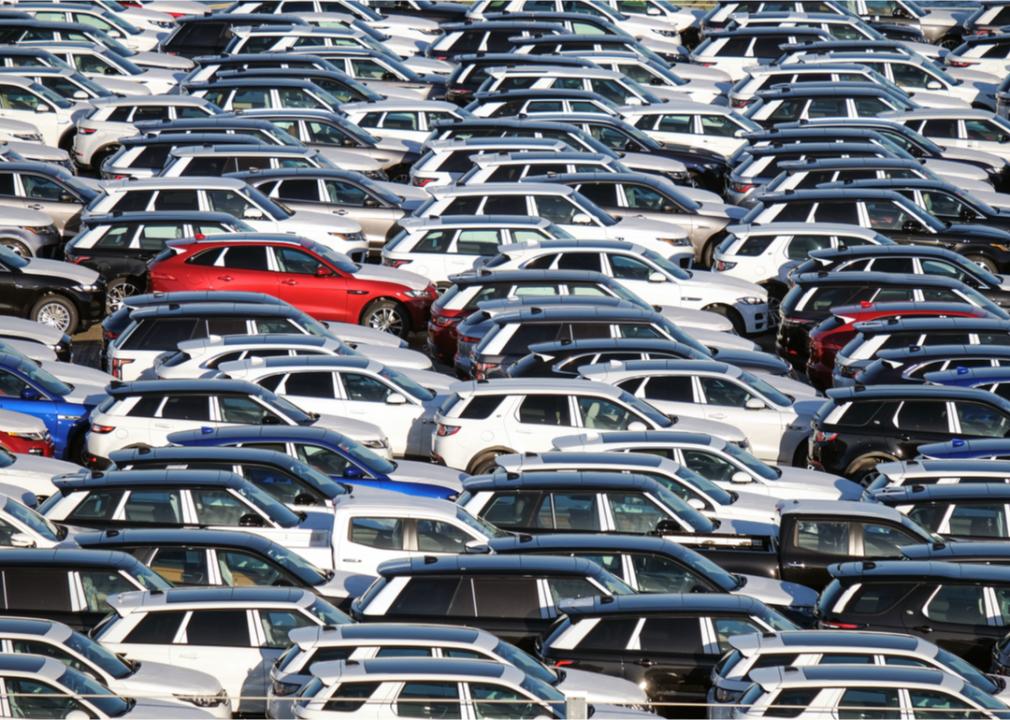 Delaware’s Port of Wilmington exports vehicles that arrive by train from Midwestern plants in Michigan, Ohio, and elsewhere, and head out for places such as the Middle East. Like Oklahoma, Delaware watched plants close. The General Motors Co. ended 62 years of auto assembly in the state when it shuttered its plant in Wilmington in 2009. Electric car maker Fisker Automotive announced the company would move into that closed plant, but the plan to build all-electric cars failed despite more than $500 million in loans from the Department of Energy. In the summer of 2020, a new electric car company called Triton-EV, was considering Delaware for its first car manufacturing plant. 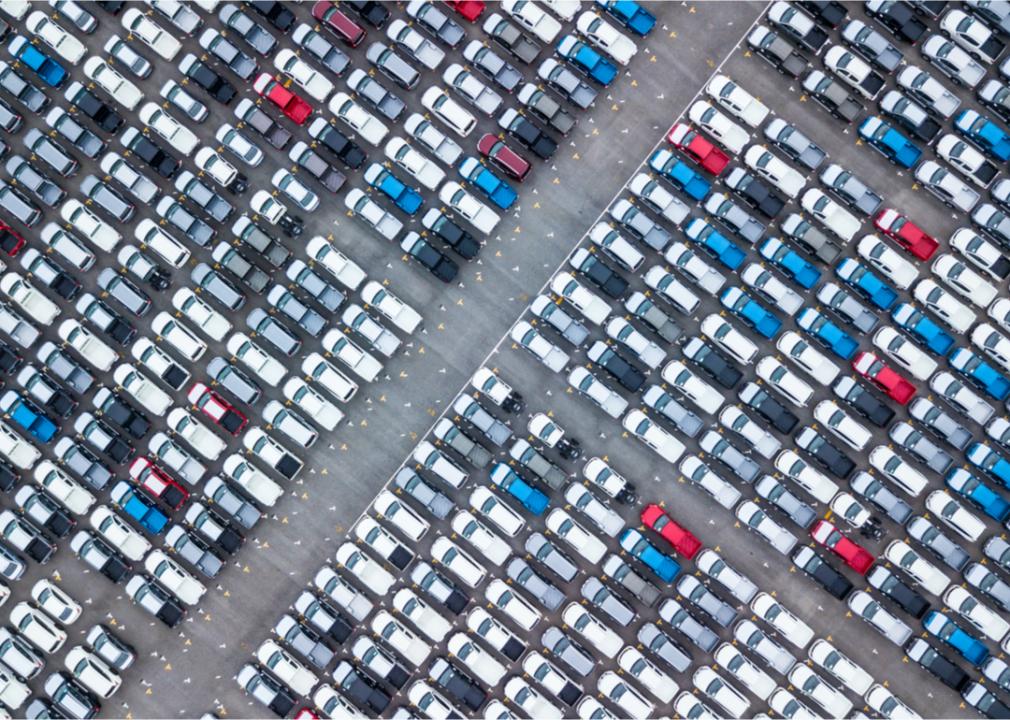 Automobiles are among the Port of Tampa’s exports in Florida—a possible area of growth considering the increase in automobile plants in the South and in Mexico. The move of car manufacturing into the South, driven by non-union labor and incentives, largely bypassed Florida. Economists note that car manufacturing could help diversify an economy dominated by tourism, agriculture, and construction. 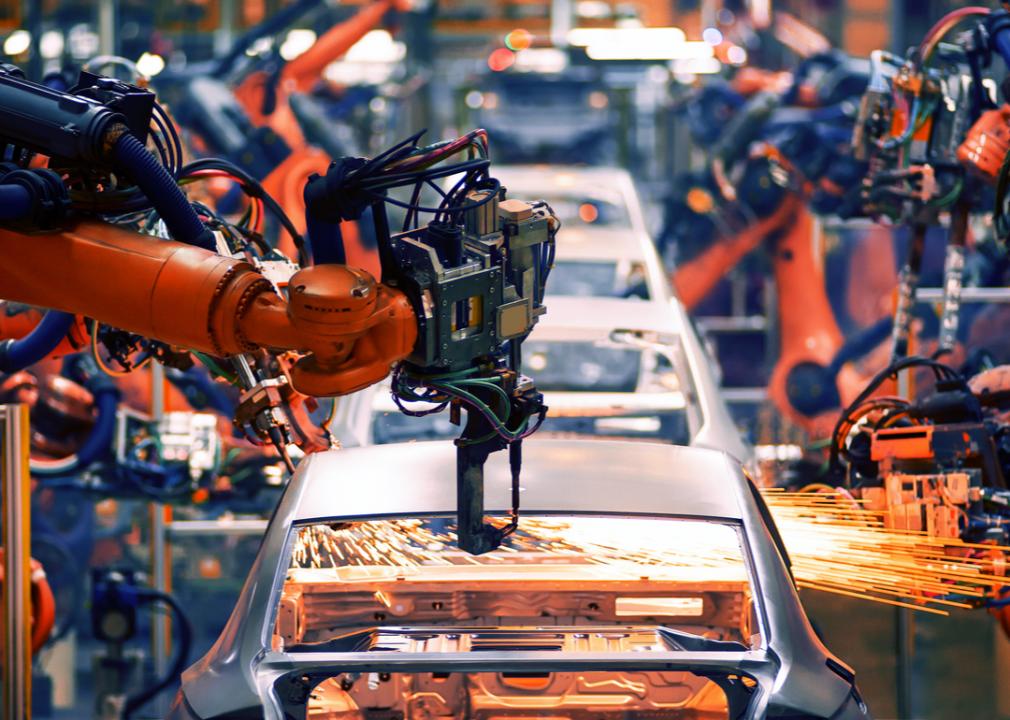 Car manufacturing in Mississippi started with Nissan in 2003. Since then, Paccar, the manufacturer of medium- and heavy-duty trucks, and Toyota, have opened in the state, bringing with them automotive suppliers. Beginning in 2014, Toyota Corollas were manufactured in Mississippi for export to South and Central America and the Caribbean. Officials note that Mississippi is a right-to-work state with a low cost of living, and tax and other incentives available for manufacturers. 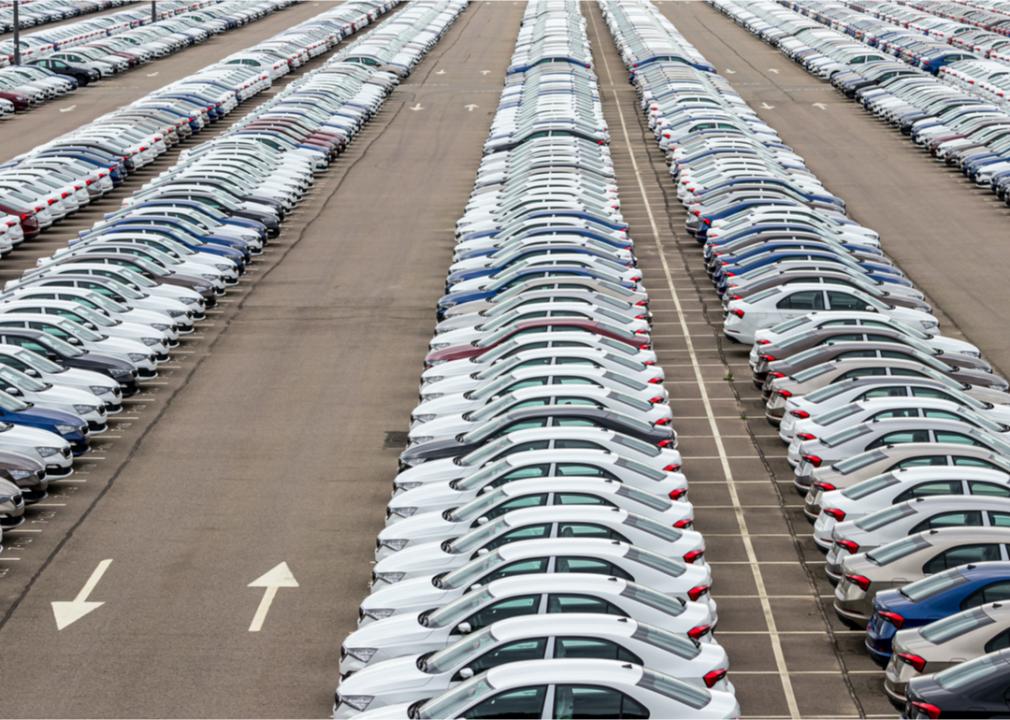 The transportation of automobiles, as a significant part of the business at the Port of Portland in Oregon, began in 1953 with the import of Volkswagens. In 2017, more than 87,000 Ford Motor Co. vehicles were exported through the port. Cars manufactured in the United States are sent from assembly plants by rail to the port where they are shipped to China and elsewhere in Asia. 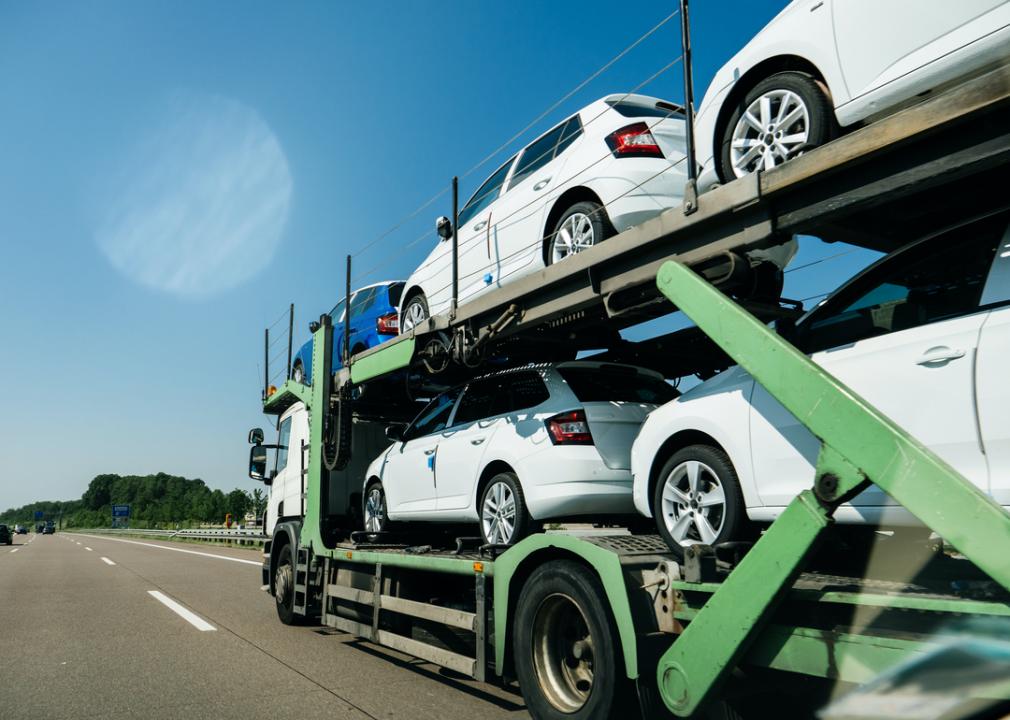 New York has a thriving industry of exporting used and antique and classic cars from its port, shipping them to the Caribbean, West Africa, the Middle East and Europe. New York once had more than 100 different car manufacturers from New York City to Buffalo, Saratoga Springs, and elsewhere. As manufacturers realized fewer assembly plants were needed, companies such as General Motors Co. in North Tarrytown closed in 1996 after a century of manufacturing automobiles.

CoPilot’s proprietary data shows how much more expensive premium trim levels are for used vehicles (and where the best deals can be found). We look into Subaru Ascent trim levels and break down features, used pricing, and more. 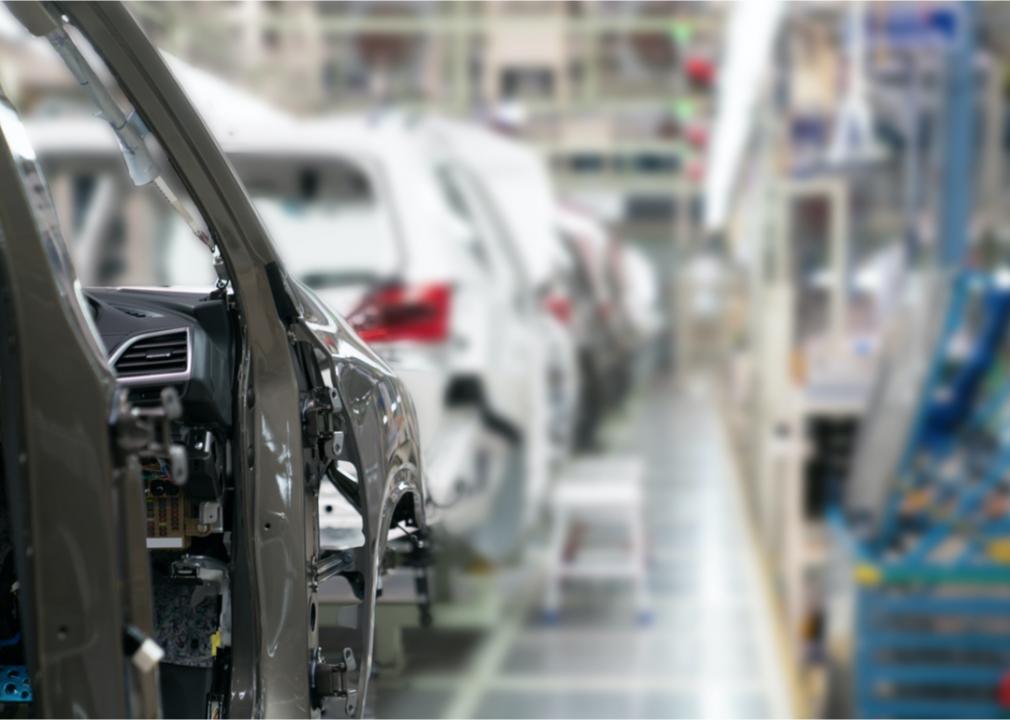 With its proximity to plants, warehouses, rail lines, and O’Hare International Airport, the Brookings Institution places the Chicago area as one of the top 10 metropolitan port complexes in the United States. Illinois’ vehicle manufacturing includes the Ford Motor Co. assembly plant in Chicago, which saw a $1 billion renovation; a Fiat Group plant; and one for the electric truck startup Rivian, which took over a plant that Mitsubishi had closed in 2015. 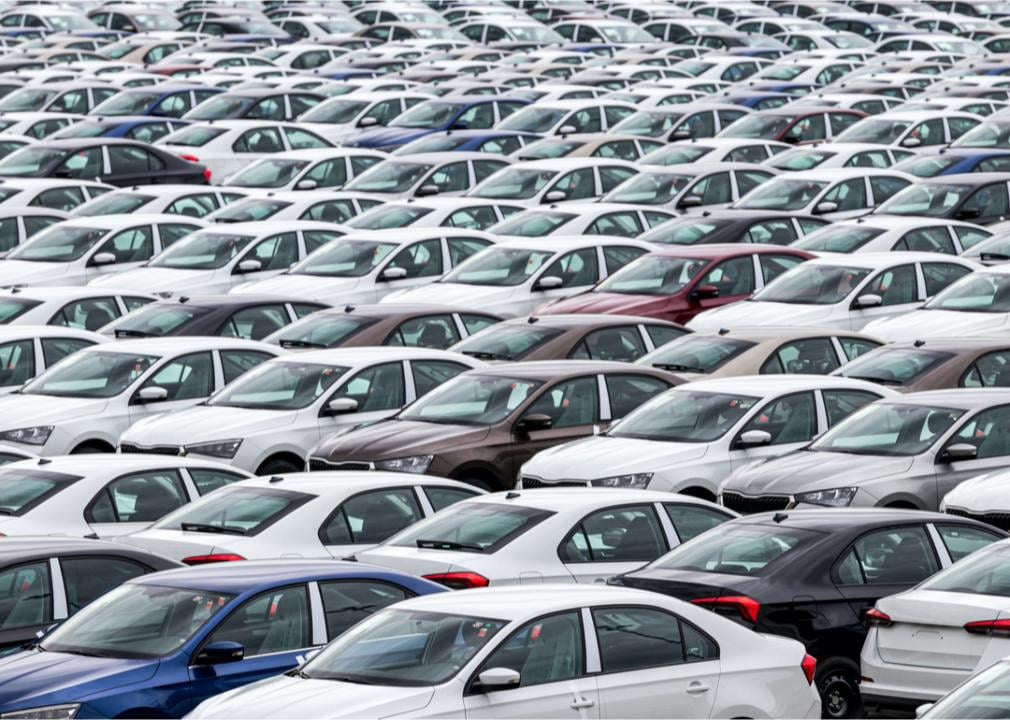 The Port of New York and New Jersey is expecting long-term growth in the export of automobiles because of its access to water, highways, and rail, and to a well-trained labor force. An incentive program that started in 2014, giving manufacturers discounts of 50%, helped increased the volume of automobiles being handled by the port. 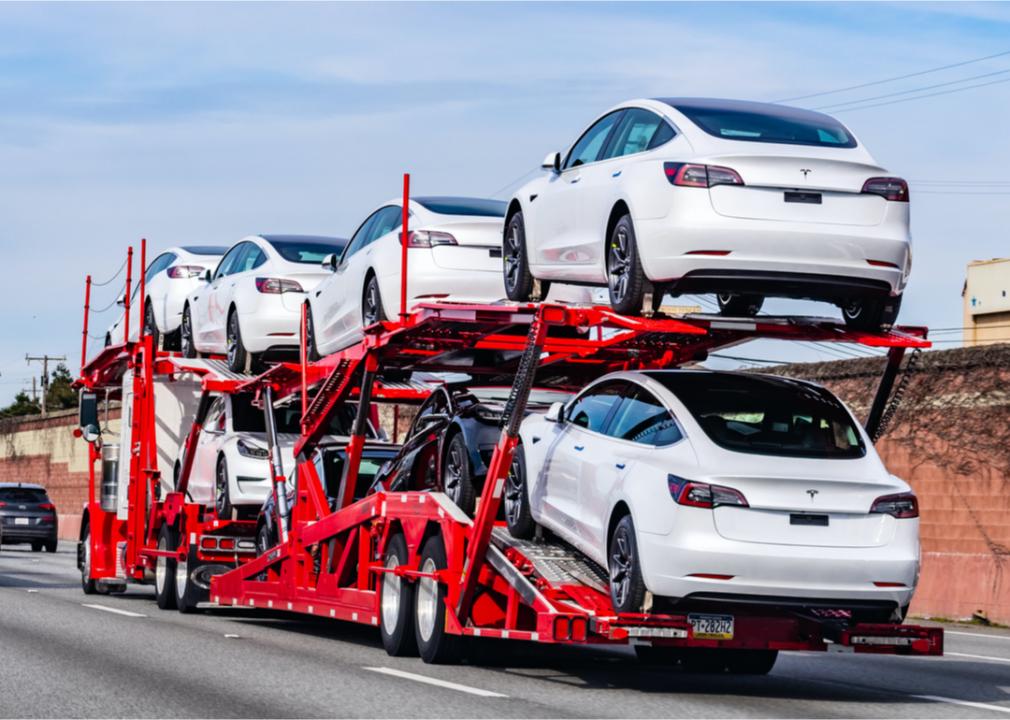 Ports in Houston, and Galveston and Freeport, Texas, are among those in the Gulf of Mexico that are playing a larger role in shipping cars for export, especially those manufactured in the Southeast. Texas has passenger vehicle assembly plants operated by the General Motors Co., Toyota, and Tesla. GM’s plant in Arlington, Texas, opened in 1954, and Toyota began production of pickup trucks at its San Antonio plant in 2006. Then in July 2020, Tesla announced it would open its second U.S. assembly plant in the Austin area. 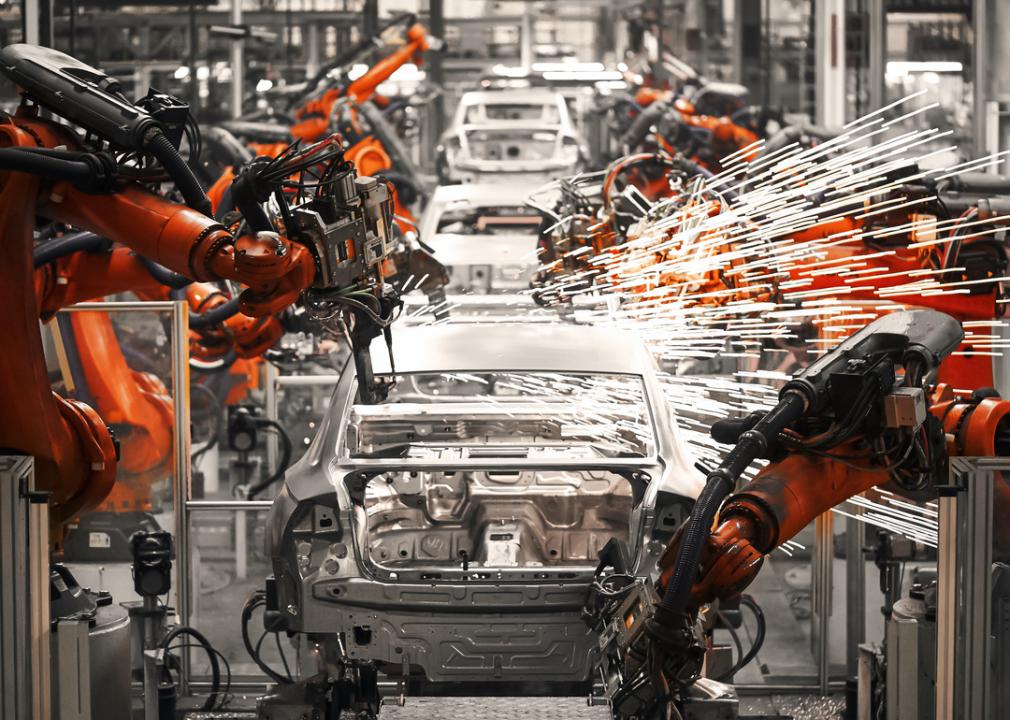 Tennessee has three major automobile manufacturing plants—General Motors Co., Nissan, and Volkswagen—and nearly 1,000 auto suppliers. It is at the heart of automotive manufacturing in the South. The industry employs more than 123,000 people, the most of a Southeast state, and produces more than 820,000 cars, SUVs, and light trucks each year, as well as more than 16,000 electric vehicles. 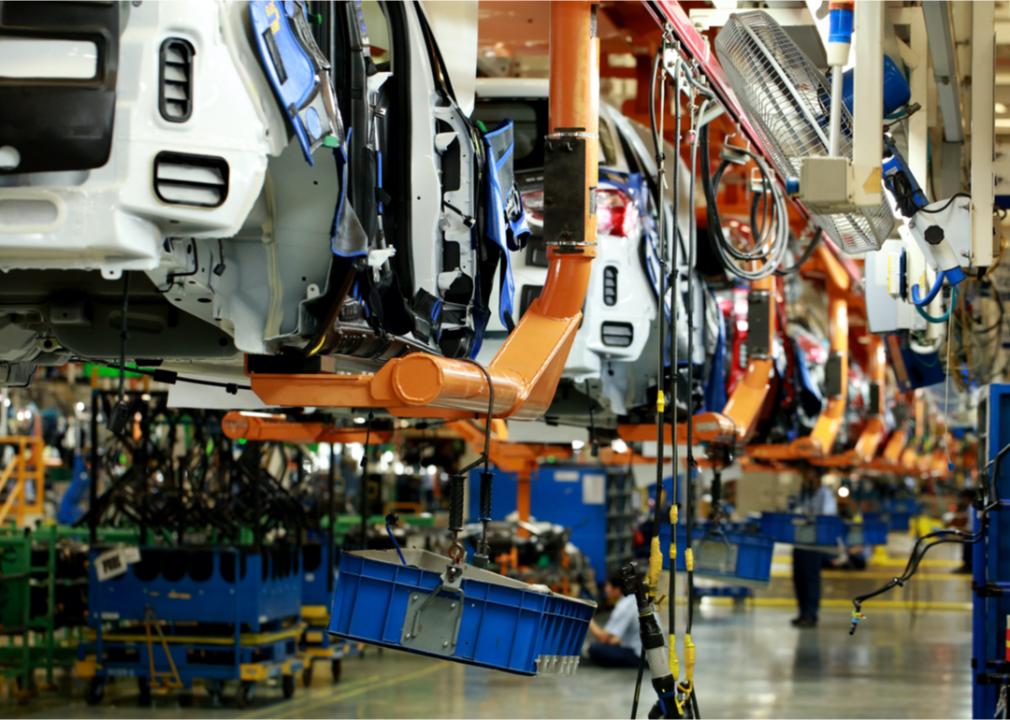 The automotive industry is long-established in Missouri, with the first locally manufactured gas engines dating back to 1897 and built by the St. Louis Gasoline Engine Company. Ford Motor Co. and General Motors Co. have assembly plants in the state and its top export in 2019 was transit vehicles. Top international markets for these vehicles are Canada, Mexico, and China. 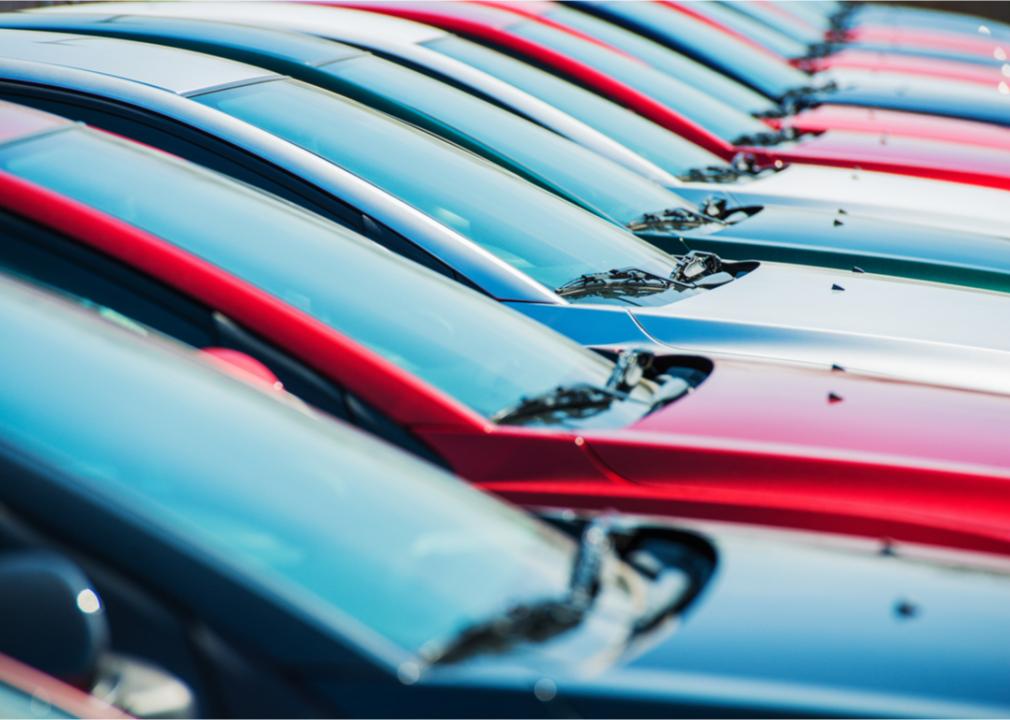 You can get the most car for your money with a nearly-new model with a premium trim level. We take a data-driven look into Ford Explorer trim levels for recent models, breaking down how each trim level affects used pricing and where you can find the best deals on a fully-equipped Ford Explorer.

Kentucky has more than 520 automotive-related companies employing more than 100,000 people. The Ford Motor Co., Toyota, and General Motors Co. all have assembly plants in the state. The GM plant in Bowling Green, Kentucky, is the only one in the world that manufactures Corvettes, the delivery of which rose 158% in the final quarter of 2020, the greatest increase for any GM vehicle. 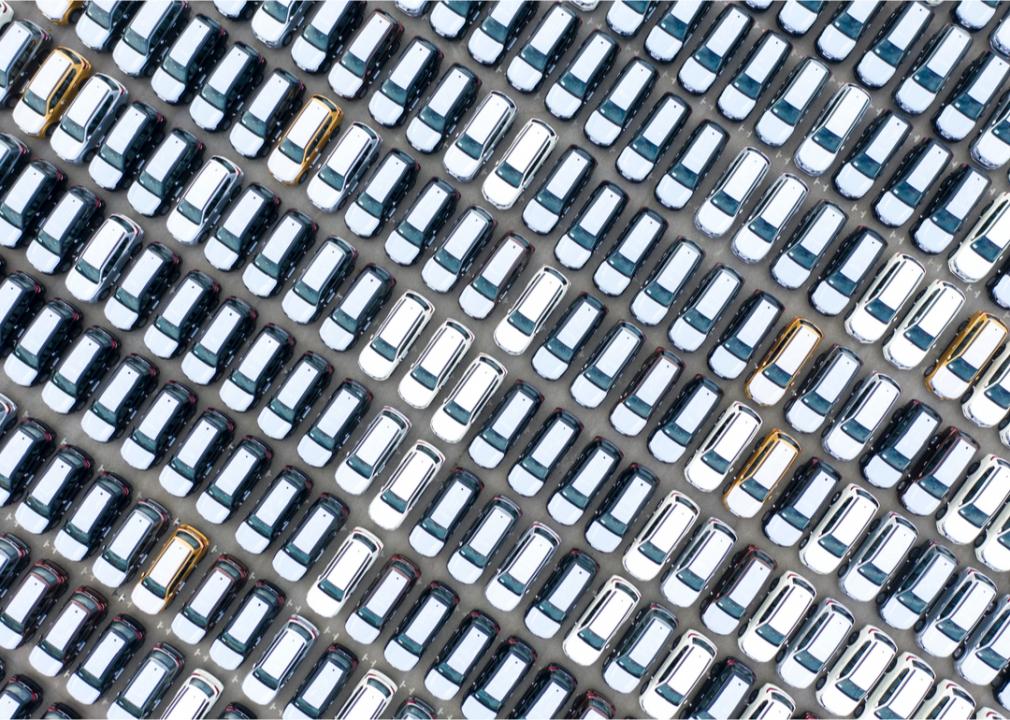 In 2020, vehicles and parts ranked as the second top exported commodity and amounted to 13% of all of Ohio’s exported products. Ford Motor Co., Jeep, and Honda all have assembly plants in the state. 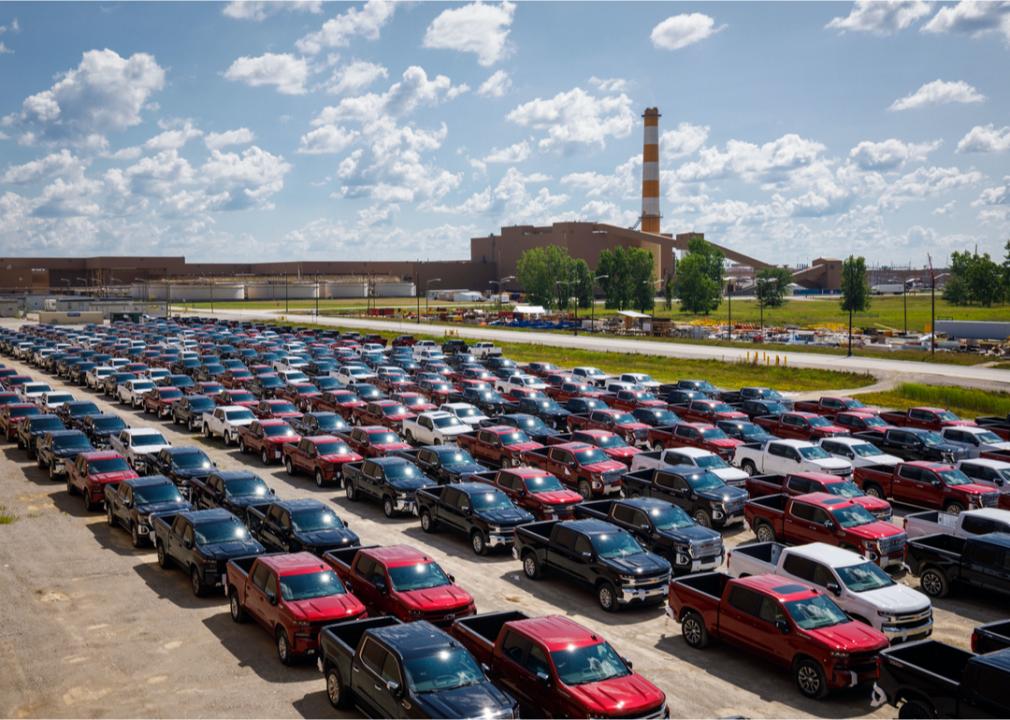 A century ago, Indiana was second only to Michigan in the number of cars it produced. The General Motors Co., Honda, Subaru, Toyota, and AM General all have manufacturing plants in the state. Indiana also exported $3.2 billion worth of automobile parts in 2019. 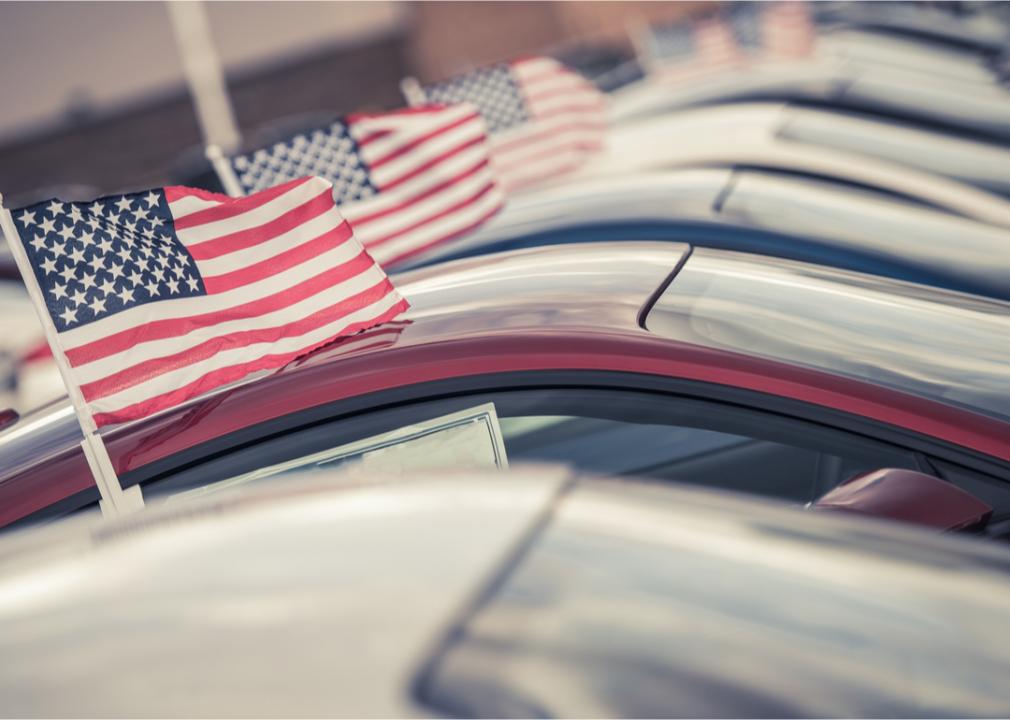 BMW, Honda, Mercedes-Benz, and Volkswagen manufacture cars across the Southeast and use Georgia’s Port of Savannah to export their products. Kia operates the only car manufacturing plant in Georgia, but those automobiles are for domestic sales. Georgia’s automotive exports, driven in part by its deep-water ports, increased nearly 600% to Germany in 2019 and more than 800% to China. 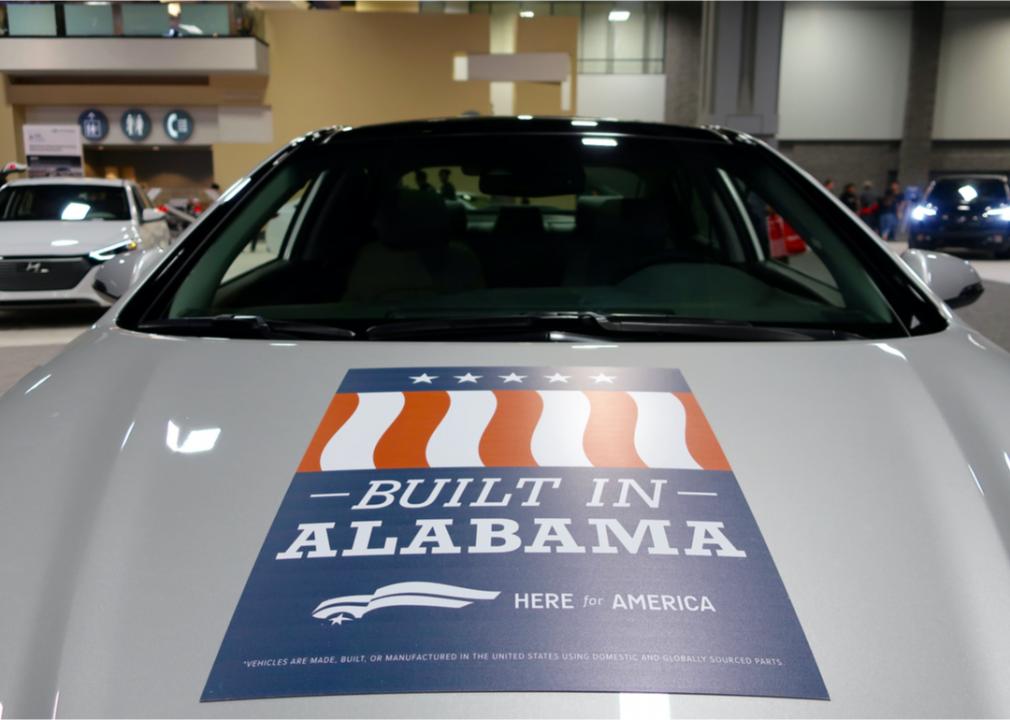 Automobiles are Alabama’s largest export. Mercedes-Benz began producing cars at an Alabama assembly plant in 1997 and since then, Honda, Hyundai, and Mazda Toyota also have opened plants. By 2019, the Center for Automotive Research in Ann Arbor, Michigan, counted 10 motor vehicle manufacturing plants in the state and 149 that manufactured parts. 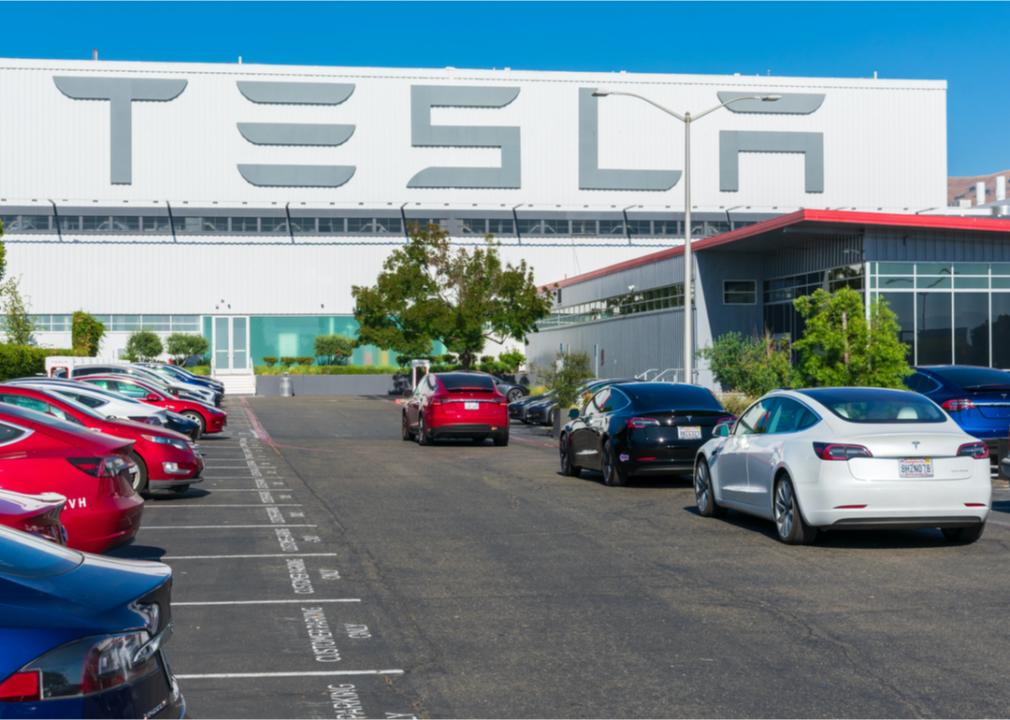 In terms of value, California’s top export in 2020 was electric vehicles, making up 3.6% of the state’s exports. Forbes noted that electric vehicle exports were already worth almost $3 billion in 2018. The electric car manufacturer Tesla has a manufacturing plant in the state, which has one of the world’s largest economies. Toyota meanwhile has four facilities in the state. 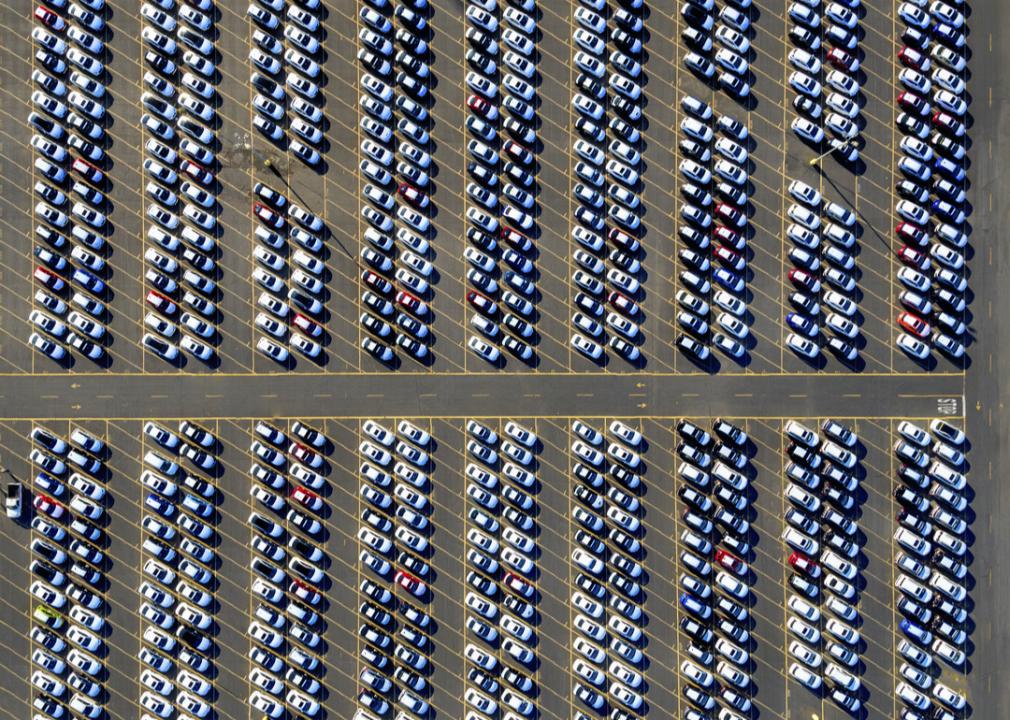 Michigan is home to the first moving assembly line that Henry Ford built in Highland Park in 1913, and which led to the production of the Model T in 90 minutes. Another notable result: a price drop for the Model T from $825 in 1908 to $260 in 1925. Michigan is the top auto producing state and comes in at #2 in car exports despite competition from Southern states. The industry, like so many others, was hit hard by the coronavirus, with estimates for the annual production of vehicles down by about 4 million. Though it is rebounding faster than expected, some experts do not expect a full recovery until 2022. 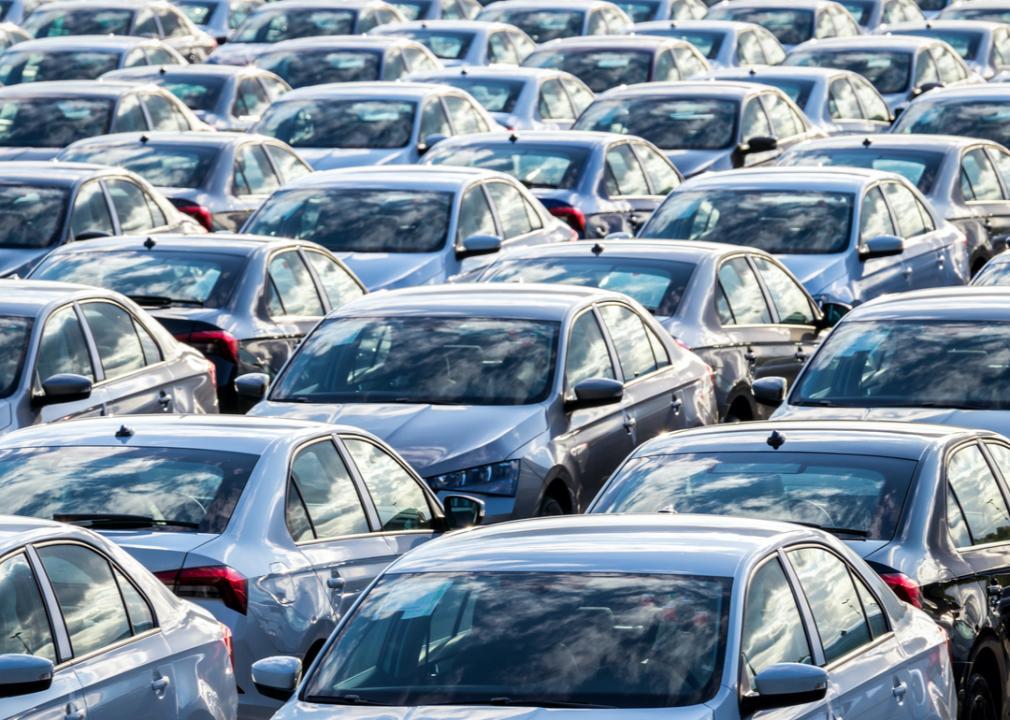 Automobile manufacturing in South Carolina, which is now the top U.S. exporter, began in 1994 with the production of the first BMW 318i in North America. Now more than 72,000 people work in the Palmetto state’s auto industry, and 22,000 jobs were added between 2011 and 2020. The size of the industry in the state has quadrupled in the past 20 years, and its labor force is among the top 10 fastest-growing in the country. The state is also #1 in the export of tires.