A Brief History of McLarens

McLaren Automotive is a British manufacturer with headquarters in Surrey, United Kingdom. The company was initially founded in 1985 as McLaren Cars. However, its origins can be traced back to 1963 when it was known simply as Bruce McLaren Motor Racing. In 2010, the company changed its name to McLaren Automotive, and in 2017, it became a 100%-owned subsidiary of the McLaren Group. The company made history in 1995 by being the first company to win the 24 Hours of Le Mans in their first attempt. They were also the first to win using road cars (the McLaren F1 GTR). The McLaren Racing team has had a tremendous amount of success. They are considered one of the Formula One Constructors and rank second in most Formula One wins, just behind Ferrari. In 2011, the company developed McLaren GT, which is the racing arm of McLaren Automotive responsible for designing, building, and supporting all McLaren track and GT race activities. 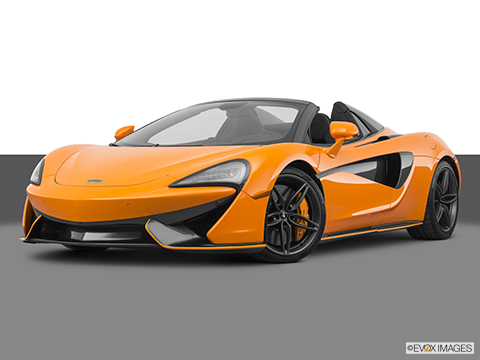 In 1999, McLaren agreed to collaborate with Mercedes-Benz to design and manufacture the Mercedes Benz SLR McLaren. The idea was to make a high-end collaborative vehicle and incorporate the Mercedes AMG V8 engine. Since then, multiple versions of this model have been released, including the SLR 722 Edition in 2006, the SLR Convertible Edition in 2007, and the limited edition SLR Stirling Moss edition.

McLaren sports cars lineup features the 600LT, 570S, 570GT, and 540C models. The McLaren 540C model is considered the best of all sports cars of its price range and offers everyday usability mixed with outstanding performance.

McLaren is also the producer of extreme performance, premium Supercars. These Supercar models include the 720S and 720S Spider models.

McLaren's Grand Touring cars include the all-new 2019 McLaren GT and the McLaren Senna GTR (a track-only circuit-focused car). McLaren claims that the Senna GTR’s lowest possible weight sits at 2,619 pounds. With an 814 horsepower 4.0-liter V8 engine, it gives the highest power to weight ratio in the history of track-ready McLaren cars. Only 75 were produced, and the starting price was for $1.2 million. All Senna GTRs have already been sold.

McLaren is one of the most prestigious high performance car-makers in the history of driving. This company has an astonishing amount of accolades with road cars and track cars.